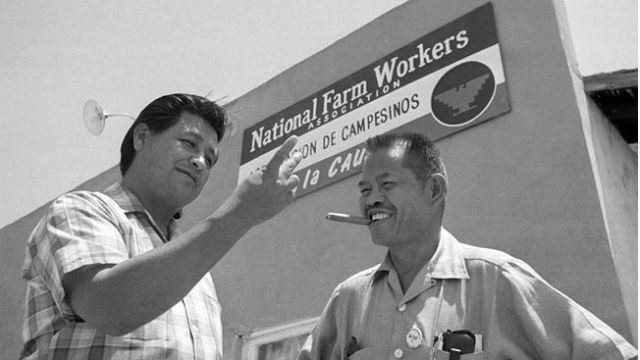 MANILA, Philippines – Filipino American Labor leader Larry Itliong will be honored with a special holiday in California, USA, this October 25.

The purpose is to encourage public schools to teach students about Larry Itliong’s life and his contributions to the labor movement in California.

Rob Bonta, the first Filipino American elected to the California State Assembly and the bill’s author said in a press release, “Larry Itliong was one of the greatest labor organizers and leaders in California history.”

Itliong was born in Pangasinan in 1913 and migrated to California at the age of 14. Despite having only completed grade 6, Itliong could speak several Filipino languages – Spanish, Cantonese and Japanese, and is known for having superior command of US law.

He worked in canneries in Alaska before moving down south to work in the grape farms of Delano, California.

While Chavez and the Mexican Americans’ contributions to the farm labor movement are celebrated with national holidays across the US and are taught in primary and secondary school curriculum, the contributions of Itliong, Vera Cruz and Filipino American laborers continue to go unnoticed. (READ: The Delano Manongs: America’s forgotten labor heroes)

The fact that the 5-year grape strike was initiated by Filipino laborers and only joined a week later by Chavez and the Mexican-American farm workers movement is not mentioned in most US school textbooks.

Bonta said of Itliong: “He was a hero not only to the Filipino American community, but to all Californians and Americans who fought and continue to fight for socioeconomic and racial justice in our state and nation.” Bonta added, “By signing AB 7, Governor Brown guarantees that Itliong’s work and legacy of fighting for justice, opportunity, and equality will be properly honored for generations to come.”

California is home to at least 1.5 million documented Filipino migrants and Filipino Americans.

In the early 1900s, the first wave of Filipinos migrants to the United States was mostly farmworkers. They migrated during a time where the rights of migrants and people of color were severely limited.

Some laws at the time restricted interracial marriages between Filipinos and whites, banned Filipinos from owning property, and allowed businesses to bar Filipinos from entering their establishments.

In 2014, a Diego Luna film based on the life of Cesar Chavez drew heat from the Filipino community for completely omitting Filipino Americans from the story.

AB 7 passed both houses of the Legislature with unanimous and bipartisan support.

Some of the bills proponents and supporters include: the Alameda Labor Council, AFL-CIO; American Federation of State, County and Municipal Employees, AFL-CIO; Asian Americans Advancing Justice; Asian Pacific Environmental Network, among dozens of other organizations.

In 2014, a school district in Union City, California, made history by becoming the first district to approve the naming of a school (Itliong-Vera Cruz Middle School) after Filipino Americans in the US.

The sophomore Fil-Am California lawmaker reminded the public, “I was thrilled that Governor Brown signed my AB 123 during my first year in the Assembly.” AB 123 was a bill that required schools in California to include Filipino American history in the curriculum in public schools.

“The incredible and transformative contributions of Filipino Americans to our state have been missing from our history books for too long, and it’s encouraging that this more complete story will now be told in our classrooms,” he said.

Bonta concluded, “Now, with the addition of AB 7, I am confident that within the next few years, these contributions will be more commonly known as a critical part of the rich and vibrant collective history of our state.” – Rappler.com