Maryland Fil-Am teacher accused of sex abuse out on bail 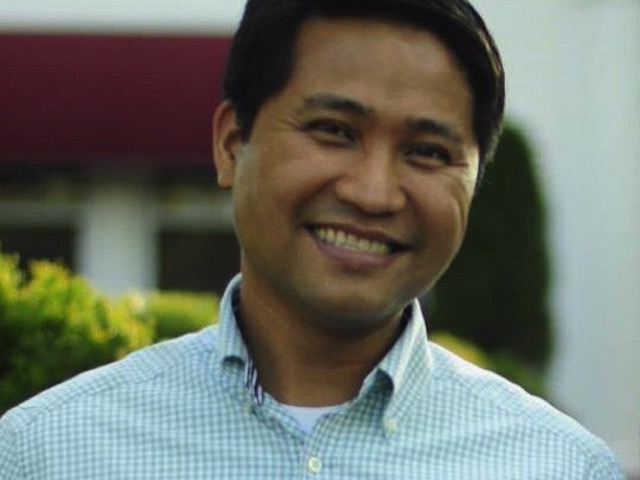 WASHINGTON DC, USA – The Filipino teacher who was arrested for reportedly sexually abusing his student at William Paca Elementary School in Landover, Maryland, was released from the Department of Corrections.

Erwin Magnaye is currently out on bail awaiting his preliminary hearing, according to a statement from the Philippine Embassy. He was arrested on May 5.

“On May 18, 2015, a consular team from the embassy was able to visit Mr. Magnaye at the facility where he was detained. He was temporarily released days later after posting bail and is now awaiting the schedule of the preliminary hearing,” the statement said.

Magnaye, 39, from Laurel, Maryland was accused of having inappropriate encounters with a 9-year-old boy from September 2014, according to media reports.

The reports said the boy’s mother informed authorities in February that Magnaye kissed his son. She alleged that on several occasions the teacher inappropriately touched her son while the two were alone inside a classroom.

On top of the charges on sex abuse of minor Magnaye is also facing second-degree assault, and several sex offenses.

Magnaye, a science and math teacher, has been under the surveillance of the Prince George’s County Police Department for months prior to his arrest. He is now on administrative leave.

He is one of hundreds of foreign teachers, many of them Filipinos,  hired by the Prince George’s County school system. Some of them have been sponsored for temporary work visa or permanent residency. He has been teaching in Maryland for almost 10 years.

The Philippine Embassy is keeping close watch on the case and constantly updating the Department of Foreign Affairs in the Philippines on developments, said Vice Consul Darell Ann Artates of the embassy’s Public Diplomacy Section. It is also coordinating with Magnaye’s friends and colleagues in Maryland for any assistance he may need.

The Migrant Heritage Commission, a Washington DC-based law firm, said it has offered pro-bono legal service to Magnaye to “ensure due process and afford him the opportunity to defend himself in courts.”

A crowdfunding campaign on the Funded Justice website is also collecting donations for Magnaye’s legal fund.

“Erwin Magnaye came from the Philippines to fulfill a dream and found his answers in teaching Mathematics in PG County. He is kindhearted and selfless in nature,” the campaign page said. “It is saddening to hear of such accusations of a man who is a regular church goer and was an active leader in a global Christian young adult ministry.” – Rappler.com

This article was republished with permission from The FilAm, a content partner of Rappler