Jan 21, 2012 7:54 PM PHT
Paterno Esmaquel II
Facebook Twitter Copy URL
Copied
As the water dragon threatens to bring natural disasters, there is a need to be kind to nature 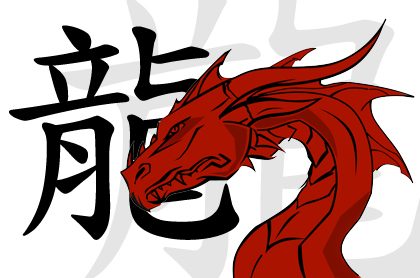 MANILA, Philippines – Southeast Asia faces a higher threat of disasters in 2012, the Chinese year of the water dragon, due to the southeastern location of the so-called misfortune star, feng shui experts say.

It was the same star that hovered over the east Asian country of Japan in 2011, thus causing the destructive earthquake and tsunami there in March last year, said Filipino feng shui expert Maritess Allen in an interview on ANC.

Besides, the aggressive nature of the dragon always brings with it natural disasters, Allen said. “But I always say that if you are kind to nature, nature will not harm you as well.”

On its website, the Singapore Feng Shui Center also speaks of a “potential major disaster” in the southeastern nations of the Asia Pacific.

In a briefer, the center’s Grand Master Vincent Koh said the best way to “cure” the misfortunes in the southeast is to use metal placements. “It could be six coins, windchimes, or even gold colored mat to cure it if your main door is facing southeast.”

The dragon, while one of the most popular animal signs among the 12 zodiacs, is unique this year because it is “submerged” under the ocean water, according to Koh. The last time this happened was 60 years ago.

He said the year of the water dragon is composed of two elements: the yang water stem, which signifies the “forceful and dynamic” yet “restless” ocean; and the dragon, which symbolizes a “strong, ambitious, and idealistic character, ready to burst with new ideas.”

“There will be a lot (of) uncertainties on the surface,” Koh explained. “But the submerged dragon is not sleeping; it is swimming underneath the water ready to surface any time. The world shall see the emerging new leadership, new ideas and (systems), a new era and new beginning towards (mid-2012).”

Due to global warming and other man-made calamities, Southeast Asia has recently been the site of several natural disasters. These include the floods triggered by tropical storms Ondoy and Sendong in the Philipines, and other flood-related crises in the Philippines, Thailand, and Cambodia.

In the aftermath of tropical storm Sendong, for example, experts stressed the need for better disaster planning in the Philippines.

In October, World Health Organization director general Dr. Margaret Chan also pointed out the need for a crisis commander to deal with such disasters. “There must be only one entity that coordinates everybody,” she told the 62nd session of the WHO regional committee for the Western Pacific. – Rappler.com