Iglesia ni Cristo drama: Did police do their job?

Jul 24, 2015 5:59 PM PHT
Bea Cupin
Facebook Twitter Copy URL
Copied
The QCPD chief and the chief of the PNP say police personnel did what they could in response to the situation 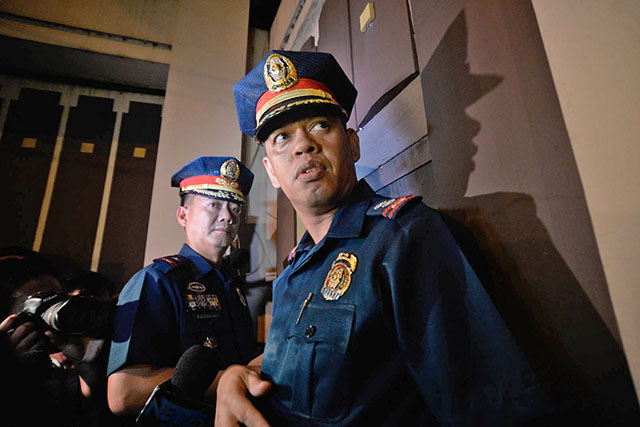 MANILA, Philippines – There were signs – literally – flashed from inside the Iglesia ni Cristo compound in Tandang Sora, Quezon City, past Thursday noon, July 23. There were allegations that the church leadership had held hostage ministers over an internal squabble.

But where were the police?

It was a question asked by many as the drama within the INC leadership and its compound in Quezon City unfolded before the public – and the media’s – eyes.

But Quezon City Police District chief (QCPD) head Chief Superintendent Joel Pagdilao says contrary to what the public may be saying, the Philippine National Police (PNP) did not fall short of their mandate to “protect and serve” the public.

(As early as Thursday morning, we already deployed people to check and validate if there really was a hostage scenario. On our part, we do not telegraph to the public what’s going on internally.)

Pagdilao told Rappler that personnel – intelligence teams, investigation teams – were already on standby, verifying reports that INC members were being held against their will. Some personnel, Pagdilao admitted, were not in uniform.

A SWAT team was also positioned nearby in case the situation escalated, he added.

The signs flashed from the windows of a house in the Tandang Sora compound, said Pagdilao, were also reported to the QCPD’s incident command system. (READ: Was Iglesia ni Cristo minister abducted? Lawyer denies)

“It was a continuing assessment. And with all the information gathered by the intel and other sources, we concluded that there was no hostage scenario,” said Pagdilao.

At that time, both Pagdilao and Bantolo said they had yet to receive reports about the situation in Tandang Sora. But a police source confirmed to Rappler that units were already being deployed.

Pagdilao himself went to the INC compound past 11 pm Thursday to speak to Angel Manalo, brother of INC executive minister Eduardo Manalo. Angel had earlier alleged that corruption was rampant in the INC.

The police general said he asked permission from Angel to enter the compound to check the situation but the latter turned down the request because he was “already tired.” Manalo, according to Pagdilao, said he was okay and that he was with his two female siblings and their families.

Pagdilao said he did not impose on Manalo any further.

“[We did that] to protect their privacy. What’s important at that time is that they were safe and they themselves said they were safe. Of course, there’s that aspect of respect,” added Pagdilao.

After less than an hour, Pagdilao spoke to media and ruled out an abduction scenario. 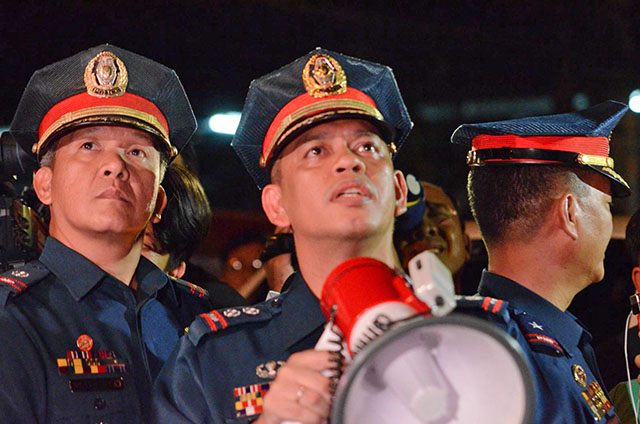 The PNP and the INC

The PNP involvement – or alleged non-involvement – in the ongoing drama in the INC has been further complicated by rumors that its newly-installed chief, Director General Ricardo Marquez, is himself a member of the influential church and that the INC had lobbied for his appointment.

In a text message, Marquez clarified that he is not a member of the INC. He also said he was not aware of any lobbying made by the INC or any other similar groups.

“I’m not aware of any group that lobbied for me as I never asked any to do so on my behalf,” said Marquez.

But at least two sources from within and outside the police force told Rappler that Marquez, in fact, had the blessing of the powerful church.

That police generals receive the blessing of the INC – whether they seek it or not – is nothing new to the police force or the military, or in any other government institution.

One source told Rappler that it was usual for a new PNP chief to get the approval of the INC before they are appointed. Other officers gunning for a key position in the PNP can also opt to get a much-needed push from the church.

A recent exception, of course, would be the chief immediately prior to Marquez: Alan Purisima, who has close ties to President Benigno Aquino III.

Another senior police official conceded that matters involving the INC have always been a tricky situation for the police. The INC is known to exert a huge influence not only in the realm of religion but in politics. (READ: How potent is the INC’s vote delivery system?)

But this was something Marquez dismissed. “The PNP is not in any manner involved in any harassment or any alleged activities perpetrated by some groups related to the squabble in the INC and I will never tolerate the same,” he said.

The PNP chief supported the QCPD’s findings. Pagdilao also denied allegations that INC ministers who were allegedly abducted were brought to Camp Karingal, the QCPD headquaters.

Units from the QCPD are still being deployed to the area, said Pagdilao, just in case. But should the situation escalate, will the police force be willing to go against the powerful church? – Rappler.com