Sibling of ‘abducted’ minister to INC Council: Free my brother 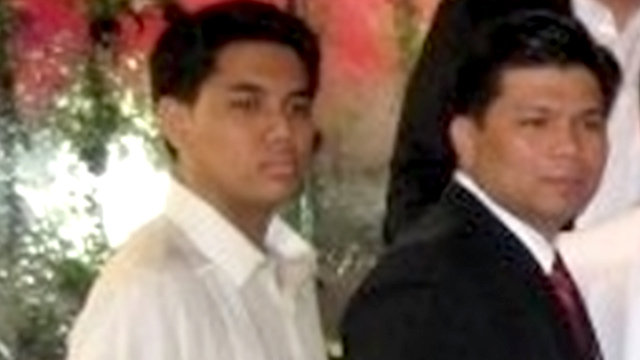 A blogger with a pseudonym “Antonio Ramirez Ebangelista,” who has been exposing alleged wrongdoing in the century-old church, had claimed that Boyet was one of several INC ministers allegedly kidnapped.

Boyet denied this when he was interviewed by INC spokesman Edwil Zabala on July 29 at the INC central office.

“Nandito po ako. Pinatutunayan ko po na ako po ay ligtas. Kapiling ko po ang pamilya ko,” he said. (I am here. I am safe. I am with my family.)

But Anthony believes his brother was only forced to say this, as the Council has allegedly taken Boyet’s wife and their one-year-old child.

Anthony added that he could no longer contact his 71-year-old mother, his female cousin, her husband, and their 3 children who currently live in a condominium near the INC central office.

Another INC insider said it is almost impossible to visit the said condominium without the central office finding out.

He gave names of people who are supposedly part of the INC Council – INC general auditor Glicerio Santos Jr, Bienvenido Santiago, Benefrido Santiago, Jun Soratos, Radel Cortez, and Roland Esguerra – and blamed them for what is happening to his family. (READ: Part 1: Who is Glicerio Santos Jr in the Iglesia ni Cristo?)

“Pag may nangyari sa aking masama, sila [ang] hanapin (If something happens to me, look for them),” Anthony said.

Besides claiming that his brother Boyet said things under duress during the interview, Anthony also said his brother was framed when he was arrested in Dasmariñas City, Cavite on July 17.

He said he was able to visit Boyet in jail late in the afternoon of Saturday, July 25. At the time, Allen Blair Boy, the lawyer sent by the INC to represent Boyet, was not in the precinct.

“Binantaan kami ng kapatid ko na kami ay papatayin (My brother warned us we will be killed),” he continued.

Boy previously told Rappler that Boyet personally refused to talk to the media because he wants his case to be a “private” affair. Anthony believes this is false.

(Why aren’t they showing him to the public? Why not hold a press con? Why is it only Net 25 being allowed to do the interview? Why did they just show papers?) Net 25 is an Iglesia-run TV station.

Boyet was released from jail early in the evening of July 25. Police say he left with Boy but his whereabouts remained unknown until he appeared on Net 25.

Anthony is currently hiding in an undisclosed location, but he continues to fear for his family’s life, especially that of his brother.

“Sa kuya ko po, magpakatatag lang po siya at malalagpasan din po itong lahat,” he said. (To my older brother, please stay strong and you will get past this.)