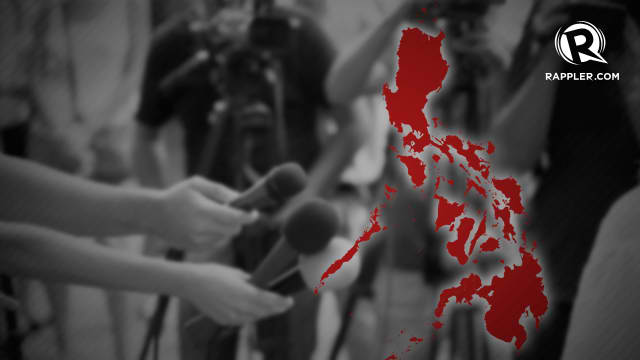 MANILA, Philippines – Three senators have renewed the call for the government to address the growing number of violence and extra-judicial killings against journalists in the Philippines.

Senators Aquilino “Koko” Pimentel III, Alan Peter Cayetano, and Francis “Chiz” Escudero made the call in separate media statements over the weekend, as they condemned the recent cases of harassment and killings of journalists in the Philippines.

Pimentel, chair of the Senate committee on justice and human rights, said the Philippines would continue to be called the “killing fields of journalists” unless authorities put behind bars those responsible for the recent slay of journalists in Davao, Sorsogon, and Misamis Occidental, among others.

A day later, radio reporter for dzMS Teodoro “Tio Dodoy” Escanilla suffered a similar fate in his house in Barcelona, Sorsogon. Escanilla was the Anakpawis provincial chairman and  spokesperson of human rights group Karapatan in Sorsogon.

On August 27, radio commentator for dxOC Cosme Diez Maestrada was gunned down in front of a shopping center in Ozamis City, Misamis Occidental.

“It is unfortunate that such tragedies have befallen these local journalists. The first step in obtaining justice is solving the crime and arresting the suspects,” Pimentel said.

Escudero agreed, saying that the unresolved media violence cases in the country point to a “culture of impunity” in the Philippines. 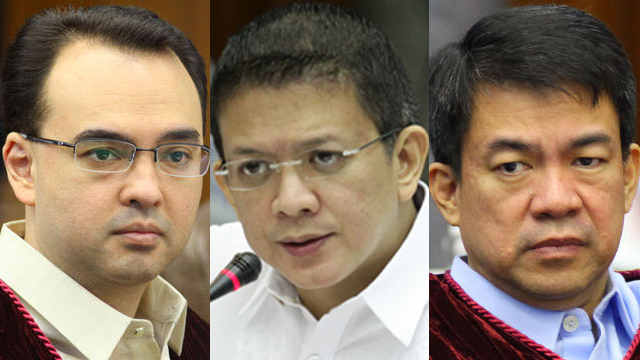 “Law enforcers and state prosecutors send a message to criminals that the culture of impunity continues by failing to address previous attacks on media workers. Such thing can only motivate these offenders,” he said.

In his statement, Cayetano called for the establishment of a more comprehensive and strategic plan of action to protect the rights and security of all media personnel and even whisteblowers and state witnesses.

“Congress has provided our law enforcement agencies with all the resources that they need to ensure the safety of every Filipino media personality. Still, incidents like this continue to happen and have gotten even worse. There has to be a way to put a stop to these acts of violence against the media and the public in general,” he said.

Cayetano also stressed the need for a full implementation of a whistleblower’s act aimed at “protecting witnesses of graft and corrupt practices from threats to their lives and to make sure that their role in exposing anomalies will not harm their family’s safety and livelihood.

Cayetano, in particular, condemned the shooting of a coffee shop owned by ABS-CBN television and radio anchor Anthony “Tunying” Taberna.

“The Philippines continues to be one of the most dangerous countries in the world for media personalities to work. By the end of 2014, a total of 30 Filipino journalists have already been killed since 2010,” Cayetano said, citing recent statistics from the National Union of Journalists of the Philippines.

He said that the media is considered to be “one of our nation’s most powerful tools” against graft and corruption and is an “essential ingredient” in upholding democracy. (READ: 118 journalists killed in 2014 – International Federation of Journalists)

“Media workers, like Cosme and Tunying, helped in our fight against corruption and other anomalies in government and the society. The government should exhaust all means to find the perpetrators and have them prosecuted,” said Escudero.

Taberna, a member of the powerful Iglesia ni Cristo (INC), is the relative of Isaias Samson Jr, a former INC minister who was expelled by the church leadership after he accused them of illegal detention. Probers are still investigating the possible motive behind the attack.

Press groups have called for an end to impunity. The Philippines has long been one of the world’s most dangerous places for journalists, with powerful figures able to kill critics in the knowledge they will rarely face punishment.

“We call on President Benigno Aquino to give top priority to swiftly resolving these egregious cases,” said Shawn Crispin, senior Southeast Asia representative for the Committee to Protect Journalists.

“Until Aquino demonstrates his government is serious about ending the onslaught, the killings will inevitably continue.”

Out of the 168 cases of media killings since the restoration of democracy in 1986, only 13 suspects had been convicted of murder and sent to jail, National Union of Journalists of the Philippines (NUJP) director Sonny Fernandez said.

“The government has failed to stop the killings. There should be convictions, that’s the only way they can prove that they’re serious,” Fernandez added.

“Government is taking necessary action to identify and arrest suspects and bring them before the bar of justice,” Coloma said.

National police spokesman Chief Superintendent Wilben Mayor said he could not immediately provide statistics on arrests or charges filed in cases regarding media killings. – with reports from Agence France-Presse/Rappler.com