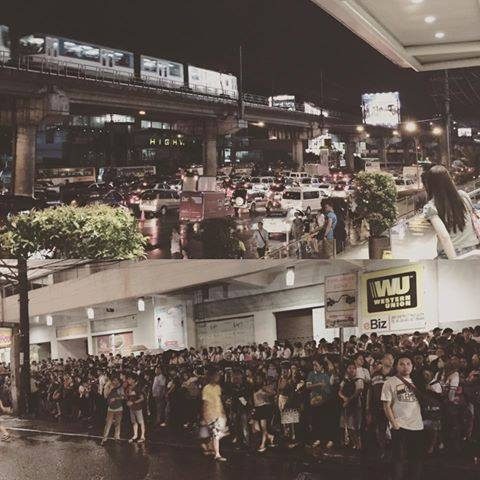 Facebook Twitter Copy URL
Copied
Malacanang says no cancellation of work or classes, even as thousands are unable to go home due to heavy traffic and floods in Metro Manila

Palace Communications Secretary Herminio Coloma Jr said he was in touch with Tolentino before midnight and that Tolentino told him “he witnessed and supervised the heavy traffic situation in EDSA.”

“Chairman Tolentino was instructed [by the President] to deploy traffic enforcers in critical areas where heavy traffic ensued after heavy rains and flooding,” Coloma told Rappler in a text message.

When asked, Coloma said there will be no cancellation of work or classes on Wednesday.

“I too saw high volume of vehicles and many people stranded. No announcement on cancellation of work or classes,” he said.

Many netizens took to social media their dismay and anger over the heavy traffic they experienced due to floods in the metro.

On top of this, operations of the Metro Rail Transit line 3 (MRT3) were affected. Move and Project Agos volunteer Hep Benitez reported at 9:30 pm that the MRT operated only from Shaw Boulevard to North Avenue only. (READ: Heavy rains leave many stranded, forced to walk home) – Rappler.com