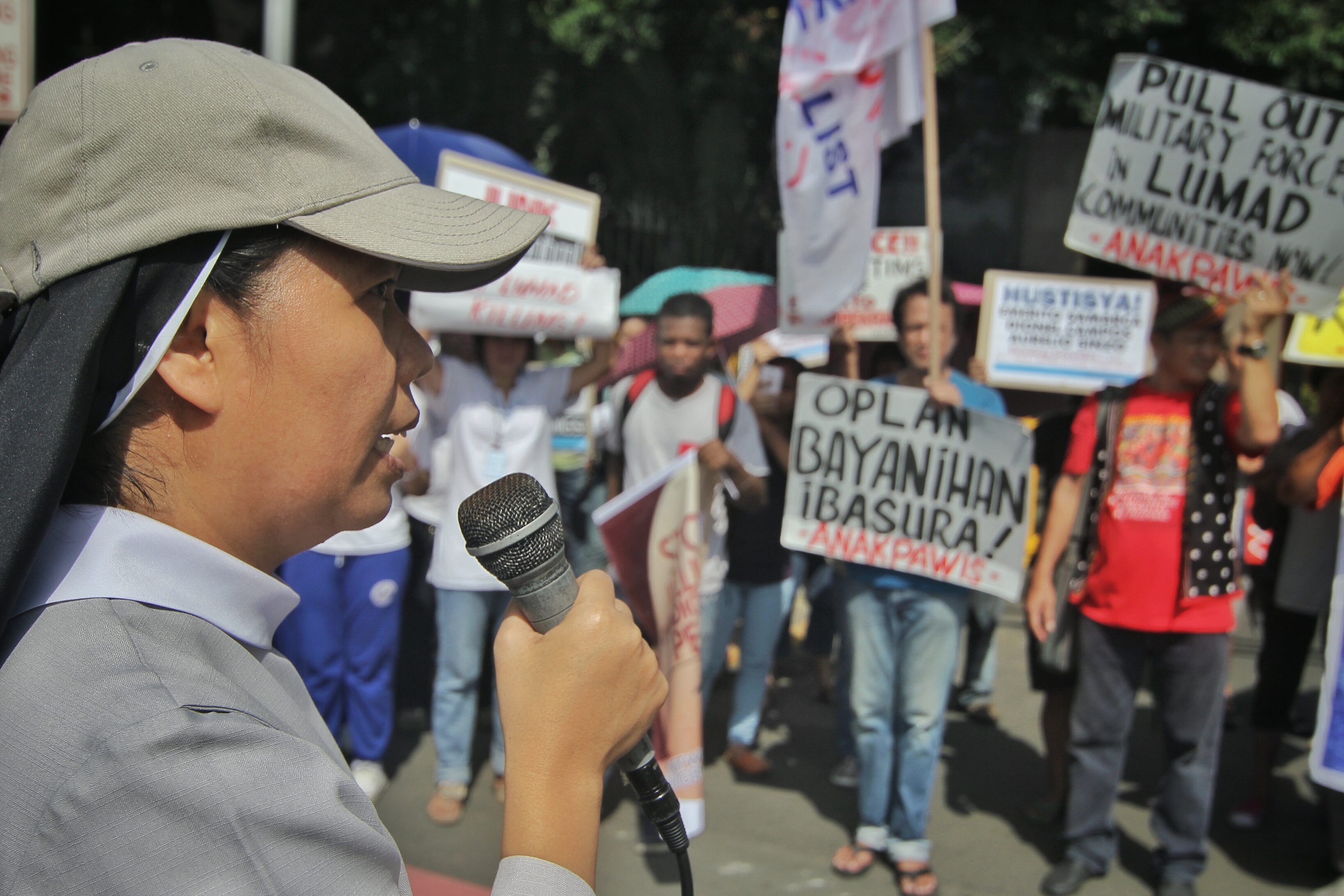 In an interview with church-run Radyo Veritas, an official of the Diocese of Tandag said the local church is set to hold a caravan and issue a pastoral statement to condemn the killings.

(Now the move of the diocese, in solidarity with them, is to lead a caravan in protest, to condemn this act of violence. This is because many people have become victimized. And we will issue a pastoral statement to condemn these incidents.)

(What we’re doing, like the goverment that has the responsibility to help the indigenous people, is we’re not taking this sitting down. We in the Church are giving relief goods like food, and are helping them in their legal proceedings.)

The Diocese of Tandag covers the province of Surigao del Sur, where Lumad leaders recently died in a spate of violence linked to the military. (READ: AFP denies role in Lumad deaths)

On September 1, a paramilitary group murdered a school director and two community leaders in Surigao del Sur. Days earlier, a reported clash with the military killed 5 alleged communist guerillas in Bukidnon, also in Mindanao. (READ: Lumad: Caught in the middle of a war)

To escape armed violence in Surigao del Sur, around 2,700 people “fled their homes,” the International Committee of the Red Cross (ICRC) said.

“We abandoned our home out of fear,” 39-year-old Lita Tejero said, as quoted by the ICRC in a statement Thursday, September 10.

The ICRC and the Philippine Red Cross gave them relief goods on Tuesday, September 8, as the displaced families take shelter at the provincial sports center.

“The ICRC reminds all parties to the armed violence of the need to respect human life and dignity at all times. Civilians – regardless of their religion, ethnic group, gender or political beliefs – and their property must be spared from the violence,” the humanitarian organization said.

Earlier, the National Council of Churches in the Philippines (NCCP) also condemned the Lumad killings.

The NCCP, which describes itself as “the largest non-Catholic church organization in the Philippines,” also slammed the “militarization” in Mindanao.

“We call on authorities to bring to justice the death of our Lumad brothers, the victims of these two horrendous massacres, and permit the conduct of independent fact finding missions,” the NCCP said in a statement Saturday, September 5.

The killings also prompted netizens to tweet with the hashtag, #StopLumadKillings, as they demanded accountability from President Benigno Aquino III. – Rappler.com