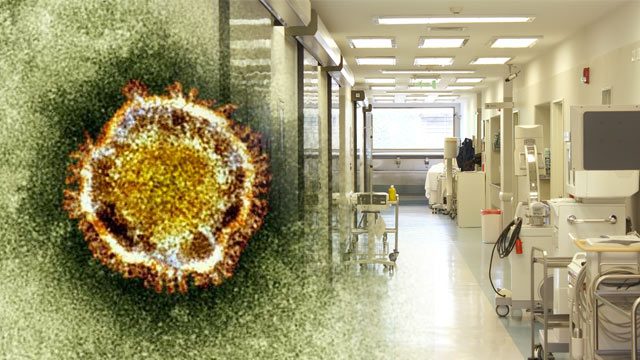 MANILA, Philippines (2nd UPDATE) – The Department of Health on Saturday, October 3, announced the death of a Saudi national apparently due to the Middle East Respiratory Syndrome-Corona Virus (MERS-CoV).

Health Secretary Janette Garin said in a news conference that the 63-year-old Saudi man arrived in the country on September 17 but only showed symptoms – coughing, high fever, and occasional chills – on September 26.

The foreigner was admitted to a private hospital on September 28 but his situation deteriorated, and was pronounced dead on September 29.

“Aside from signs of symptoms, including X-ray results suggestive of MERS, the patient also showed indication of Myocardial Infarction,” she said.

Garin said the DOH received the report about the foreigner only on September 29, the day he died. The hospital was not able to conduct sputum and other tests on the patient while he was alive. 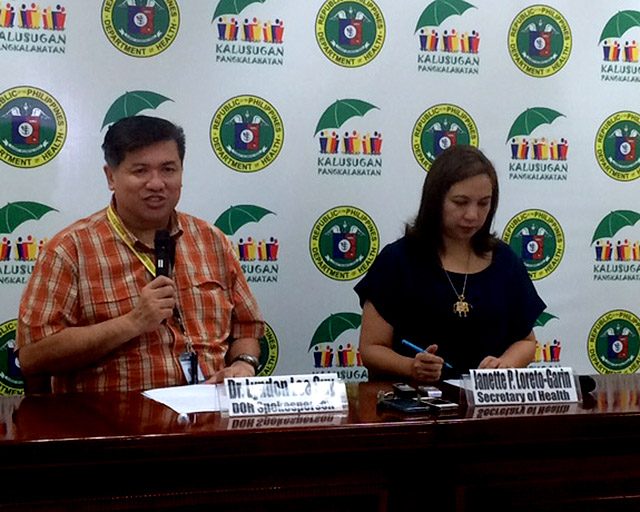 The DOH based its conclusion that the foreigner’s heart attack was caused by MERS-CoV, on his symptoms.

On whether the foreigner is the first MERS-CoV death in the country, Garin said that the case is “extraordinary” as the man was not subjected to a sputum test. In the meantime, she said, “We are classifying it as a probable case of MERS.”

The health chief sought to ease expected public anxiety over the latest development saying, “It is a contained situation.”

DOH officials said Task Force MERSCoV has started contact tracing of 93 people who might have have been exposed to the foreigner during his travel in the country, 81 of whom have been located.

These include 55 hospital staff, 15 hotel staff, and 3 workers from the funeral parlor who were in contact with the patient.

“All contacts were asymptomatic as of last night, except for 12 health workers who are currently admitted at the Research Institute for Tropical Medicine and the San Lazaro Hospital,” the DOH said.

Lee Suy said that the 12 workers who displayed symptoms all tested negative for MERS-CoV but will continue to be monitored for two weeks.

“They will be monitored daily for the next 14 days from the time of exposure until they are cleared of a possible MERS-CoV infection. We are doing this to ensure that no one gets infected,” DOH officials said.

Lee Suy said that as a safety precaution, the 12 workers would be re-tested at the end of the monitoring period just in case the initial results were a “false negative.” Garin emphasized that it is important to test again after 14 days because carriers of the virus, which builds up in a persons lungs, may not show symptoms immediately. The virus becomes more contagious after the first 14 days.

Garin renewed her appeal for public vigilance against the deadly virus.

(I want to remind everyone to be vigilant to limit the presence of MERS-CoV in our country….We wish to remind all travelers to complete the health declaration checklist or yellow form when entering the country.)

She said that those with flu-like symptoms – which are similar to MERS-CoV symptoms – and who have a history of travel to the Arabian peninsula or possible exposure to a MERS-CoV infected patient should go to the nearest hospital.

In July, the DOH confirmed that a 36-year-old foreigner tested positive for MERS-CoV, but was cleared a few days later.

A Filipina nurse from Saudi Arabia tested positive for the virus last February. She was cleared of the deadly virus that same month.

MERS is a fatal, influenza-like illness characterized by fever and cough, often with diarrhea. (READ: FAST FACTS: The MERS Coronavirus)

Saudi Arabia recently reported a surge in MERS infections with 19 deaths last August, ahead of the annual hajj pilgrimage.

A total of 536 people have died of MERS in the kingdom since it first appeared in 2012, according to data from the Saudi health ministry’s website as of Friday. – Ryan Macasero, with a report from AFP/Rappler.com