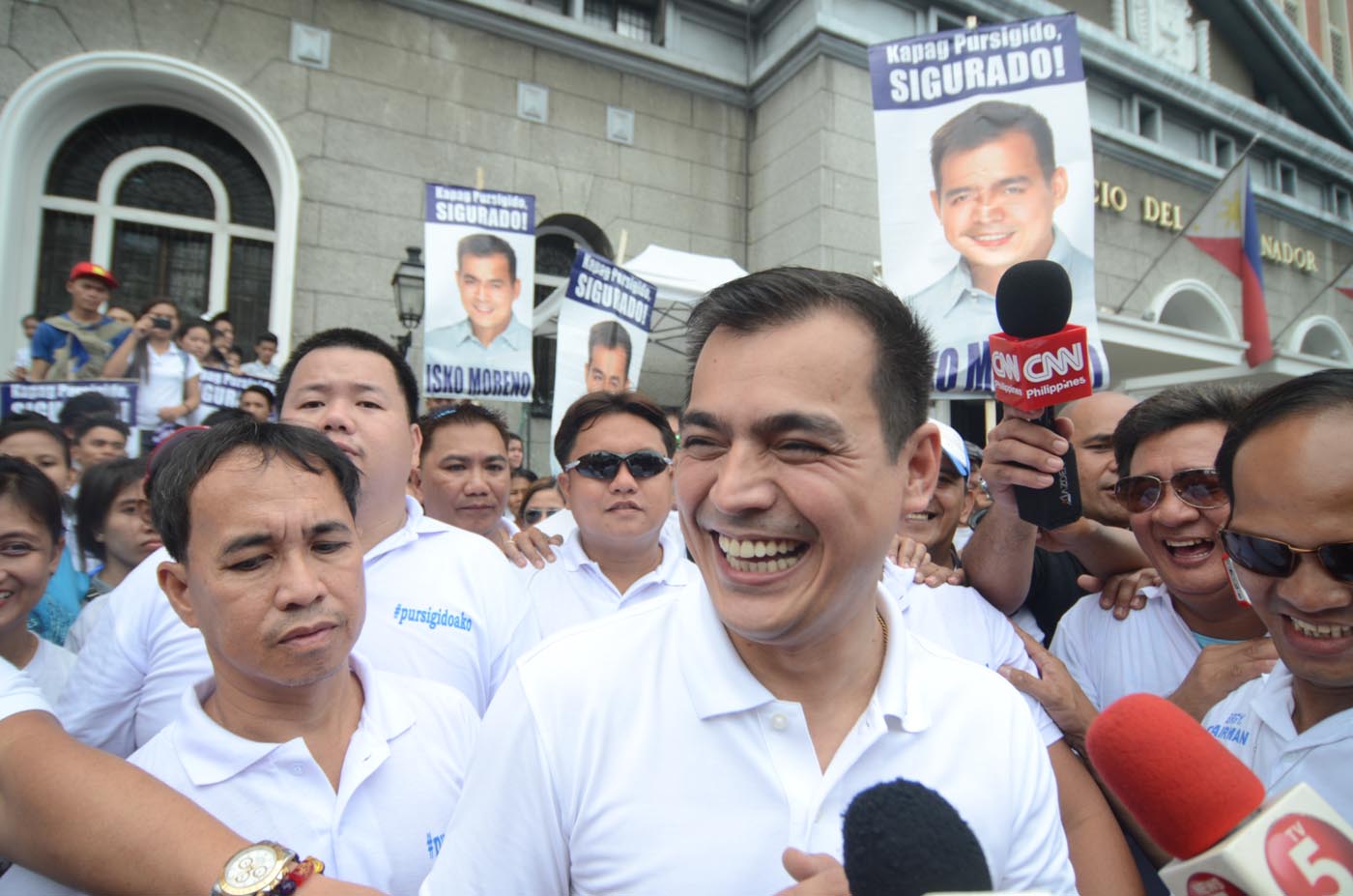 MANILA, Philippines – Manila Vice Mayor Francisco Domagoso, better known as Isko Moreno, will be an “adopted” senatorial candidate of Senator Bongbong Marcos, who will be running for vice president in the May 2016 polls.

Marcos made the announcement on Wednesday, October 21, in a speech during the annual convention of the Vice Mayors’ League of the Philippines.

Moreno is part of the senatorial slate of presidential race front runner Senator Grace Poe and her running mate, Senator Francis “Chiz” Escudero. Both were present at the ceremonial launch of Moreno’s senatorial bid last week.

Estrada, however, said it was Moreno’s own personal decision to be allied with the Poe-Escudero tandem.

Estrada himself was also present at the launch of Marcos’ vice presidential bid earlier this month.

Before he was elected as vice mayor, Moreno served as a councilor for 3 terms.

(In my opinion, we need more officials in the national government whose hearts are still with the local government, so that they will become their voices.)

In response, Moreno said he was “honored and humbled” by Marcos’ announcement, saying he was not expecting to be included in the senatorial slate of the Santiago-Marcos tandem.

Marcos, son of the late dictator and former president Ferdinand Marcos, last week filed his certificate of candidacy to run for the second highest elective post of the country.

He will be running alongside presidential aspirant Senator Miriam Santiago, in a pairing that has stirred up controversy. (READ: Bane or boon? Netizens react to Miriam-Bongbong tandem) – Rappler.com