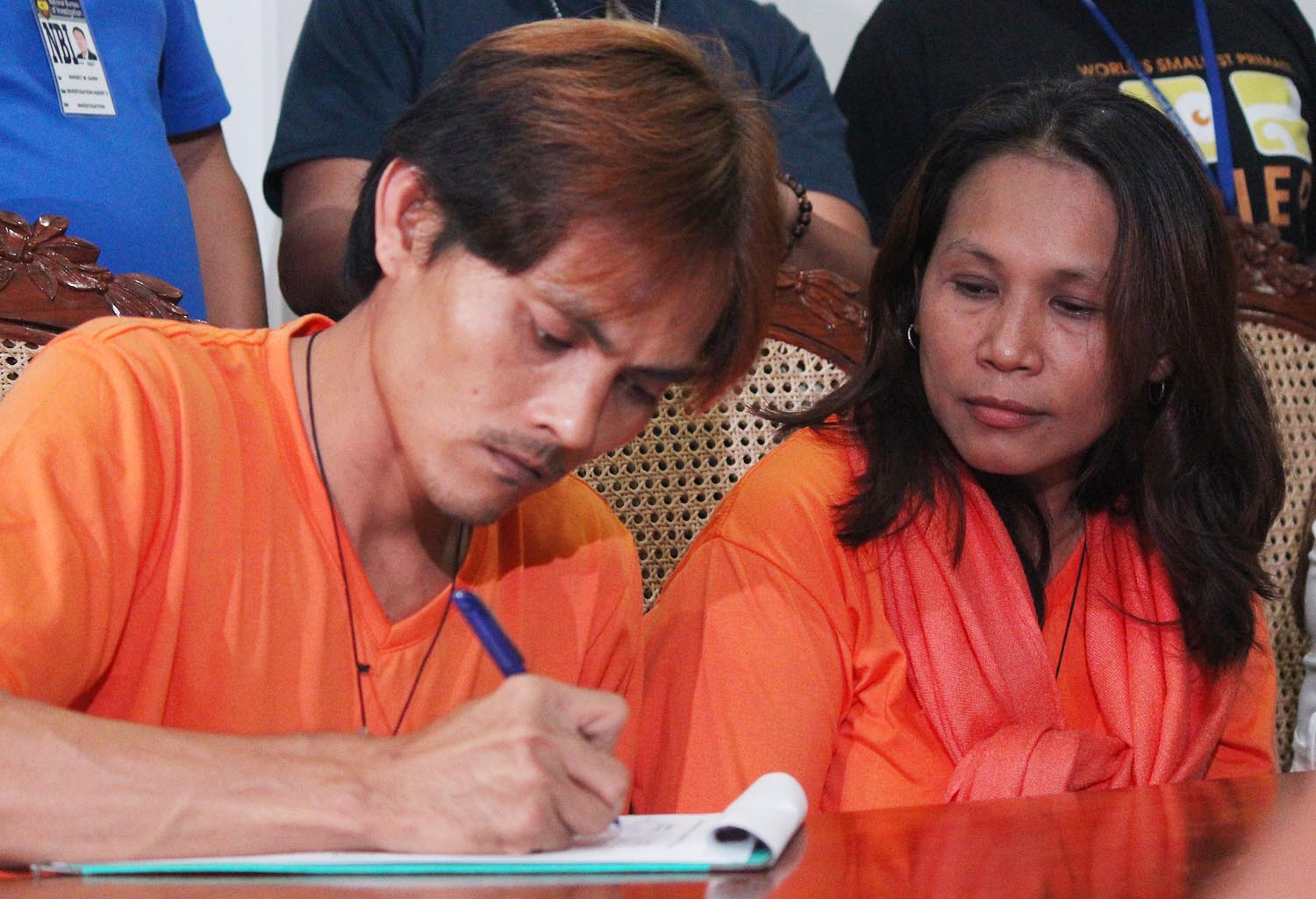 MANILA, Philippines – A Nueva Ecija court has set for next week the arraignment of the alleged recruiters of Mary Jane Veloso, the Filipino who was sentenced to death row in Indonesia for drug smuggling.

The 3 are accused of duping Veloso, a former domestic worker in Saudi Arabia, into smuggling 2.6 kilograms of heroin into Indonesia. The Department of Justice (DOJ) earlier filed charges of illegal recruitment, estafa, and qualified human trafficking against them.

Veloso was placed on Indonesian death row, but her scheduled execution on April 29 was delayed after a “last-minute plea” from the Philippine government.

In a 4-page order dated October 23, Tribiana denied the respondents’ motion for the Bill of Particulars, including the fourth item which said the prosecution failed to state “with particularity the details of the alleged incarceration of complainant Mary Jane Veloso.”

While he agreed that the prosecution should make particular the exploitative purpose allegedly employed on Veloso, Tribiana said the prosecution panel has complied with the comment and opposition it filed.

Earlier, the DOJ said all 3 elements of trafficking – acts, means, and exploitative purpose – were present in Veloso’s case, adding that the evidence “speaks of fraud and deception as the means employed by respondents in recruiting complainant.”

But Sergio, who turned herself over to police on April 28, maintained her innocence, saying she did not recruit Veloso. Sergio said that she even lent Veloso money to help her find a job in Malaysia.

Indonesia sentenced the 30-year-old Veloso to death in 2010 on charges of drug smuggling. But the single mother who hails from Nueva Ecija has insisted that she was duped into carrying the drugs. (WATCH: The fate of Mary Jane Veloso) – Rappler.com