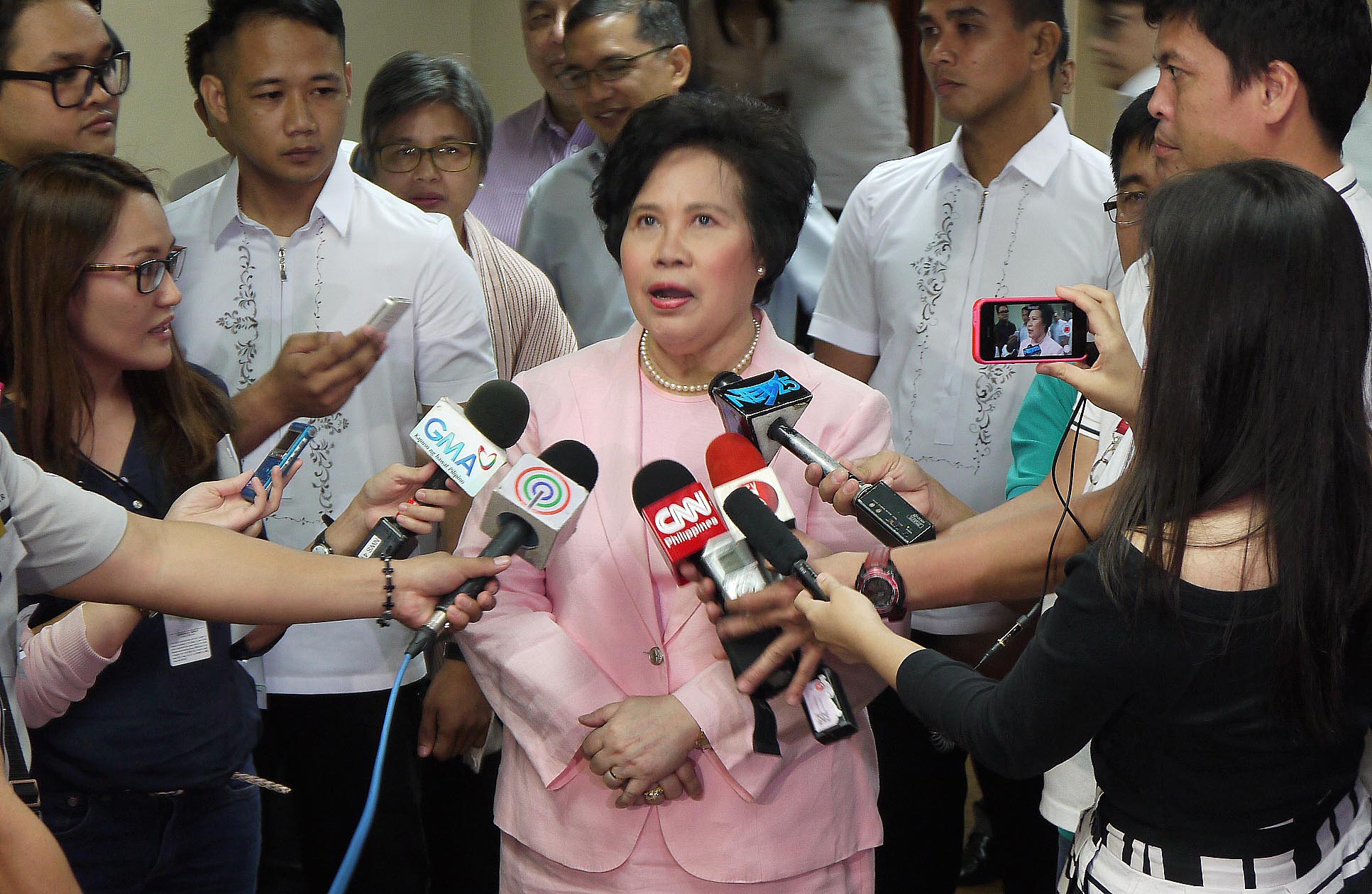 MANILA, Philippines – A week before US President Barack Obama visits Manila, the Philippine Senate voted to declare a military deal between the Philippines and the United States “invalid and ineffective.”

But Senate foreign relations committee chairperson Miriam Defensor Santiago admitted that the Supreme Court has the final say on the issue.

Fifteen senators voted on Tuesday, November 10, to pass a resolution stating that the deal giving US troops wider access to Philippine bases is a treaty requiring the approval of the Philippine Senate. Three others abstained while one senator voted against the resolution. (Read the full resolution below)

The deal known as the Enhanced Defense Cooperation Agreement (EDCA) is pending before the Philippine Supreme Court, and there are reports that the Court might rule on its legality ahead of Obama’s visit. (READ: No verdict yet on EDCA)

“This is a victory for the Senate. And it must shadow – we don’t know in what way – the verdict of the Supreme Court. So it might happen that the Supreme Court might issue their own decision very shortly and we are hoping it will coincide, it will be the same as the resolution of the Senate today,” Santiago told reporters.

Santiago delivered a speech sponsoring Senate Resolution 1414 on Tuesday. The resolution expresses “the strong sense of the Senate” that the deal is a treaty that needs Senate concurrence in order to be valid and effective.

The senator sent the Supreme Court a copy of the resolution in April.

The 15 senators who approved the resolution are:

‘Why teach the Supreme Court?’

Enrile, a former defense minister and a staunch Santiago rival, explained why he abstained from the voting.

“The Senate resolution is just a reiteration of the Constitution. Why should we teach the Supreme Court or inform them of our position when all of us must know the Constitution,” said Enrile, a legal expert.

A former justice secretary, Drilon abstained also to “defer” to the Supreme Court on the issue.

Under the Philippine Constitution, a treaty requires the approval of at least two-thirds of the 24-member Senate.

Malacañang though argued that the EDCA is an executive agreement that does not require Senate approval. The Palace maintains that the deal merely implements previous agreements with Washington like the 1951 Mutual Defense Treaty, and the 1998 Visiting Forces Agreement.

The EDCA gives US troops, planes and ships increased rotational presence in Philippine military bases, and allows Washington to build facilities to store fuel and equipment there.

The deal is widely seen as a response to Manila’s maritime dispute with China over the South China Sea. It aims to help build the capacity of the Philippine military, one of the weakest in Asia.

Through the vote, the Senate asserted its power to concur with treaties that the President ratifies. Leftist groups who questioned EDCA before the Supreme Court last year also insisted that the deal should pass through Senate scrutiny.

In her speech, Santiago again questioned why Defense Secretary Voltaire Gazmin and US Ambassador to the Philippines Philip Goldberg were the ones who signed the deal in April 2014. The deal was signed ahead of Obama’s state visit to the Philippines.

To Santiago, since EDCA is a treaty, President Benigno Aquino III and Obama should have been the ones to sign the deal.

“The language is very clear. There is no doubt in our Constitution that any agreement must have Senate concurrence, and then the ones who will sign are just them?”

An international and constitutional law expert, Santiago said the Philippine Constitution does not define the term “executive agreement,” calling it “wandering, unclaimed and unloved” in the charter.

An Aquino ally and EDCA supporter, Trillanes interpellated Santiago, and maintained that the deal merely implements previous agreements. He said the matter should be left to the Supreme Court.

“The EDCA is no different from the Mutual Logistic Support Agreement (MLSA) which was signed in November 2007 and this same agreement between the United States government and the Philippines was not ratified by this august chamber and I believe most of the senators present allowed such a condition, and in fact the MLSA expired back in 2012 without having to go through the same scrutiny,” said Trillanes.

Santiago said: “Para kaming na-echapwera!” (It’s like we were snubbed!)

Ernest Bower of the Washington-based think-tank Center for Strategic and International Studies said “history can be made” if the deal is approved in time for Obama’s visit.

“It is incumbent on Aquino and Obama to elevate the U.S.-Philippine alliance by activating the EDCA,” Bower said. – Rappler.com