Lookback: When a former US base hosted the 1996 APEC summit Facebook Twitter Copy URL
Copied
1996 was the first time the Philippines hosted the APEC summit, and it was a golden opportunity for the government to flaunt the potential of a US military base turned industry hub

SUBIC FREEPORT, Philippines – In this former US naval base, the most prestigious address is nestled in a quiet, uphill area, with commanding views of Triboa Bay.

From the outside, it looks like any other high-end subdivision for those with deep pockets: a wide, main street bordered by trees; caretakers sweeping up leaves strewn across driveways; and 21 two-storey houses, some already adorned with Christmas wreaths and holiday decorations.

This exclusive enclave carries a steep price tag and a piece of Subic history. Nineteen years ago, these luxurious mansions were once the homes of heads of state – at least for a couple of hours.

In November 1996, just 4 years since the Subic Bay Metropolitan Authority (SBMA) was created to spur development in the former US base, the freeport zone was chosen to host the Asia Pacific Economic Cooperation (APEC) Summit – the first time the Philippines hosted the high-level regional meet.

To prepare for the arrival of the likes of US President Bill Clinton, Brunei Sultan Hassanal Bolkiah, and Australian Prime Minister John Howard, the Ramos administration pulled out all the stops. New roads and buildings were put up; a summit hall for the meetings was constructed; and a private developer was tapped to build the villas for 18 world leaders.

The frenetic preparations came at a price – the houses alone cost a staggering $1 million to $2 million each – but it was a golden opportunity for the government to flaunt the investment potential of the Central Luzon freeport.

“[The villas] are historic because 18 leaders actually used them. They were built not only to provide security and a place for the leaders to go to, but mainly as a showcase also of Philippine economy at the time,” SBMA chairman Roberto Garcia told Rappler.

Nearly two decades later, the houses still stand as a testament to that historic summit and the famous personalities that once graced the million-dollar homes. But they have now passed into the hands of private owners, some of whom opt to rent them out to guests. 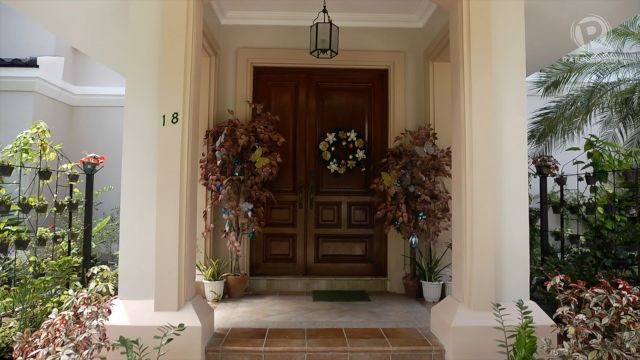 Building all villas took less than a year, a mammoth task that involved thousands of skilled laborers. An entire month was devoted just to remove the ammunition magazines, or the armored bunkers that served as storehouses for the US Navy, that dotted the area.

In 8 months, some 4,000 laborers worked in two shifts to finish construction a month before the summit. No detail was left to chance, as the private developer, Financial Building Corporation (FBC), intended to sell the villas after the summit to recoup their investment.

An account from Sunday Times Magazine painted a picture of how each villa was built with world-class standards in mind: the fully-furnished houses had expensive interiors; 3 bedrooms on the upper floor, with wide windows in the master’s bedroom offering a panoramic view of the bay; a downstairs study; quarters for the maids and drivers; a huge living room; and a kitchen.

Though the planning and construction came at a high cost, the 18 world leaders stayed only for a couple of hours. After the meetings at the nearby Summit Hall, they stopped at the villas to rest and freshen up, attended to by their personal “butlers” – selected young Filipino professionals and volunteers – but they did not actually stay the night.

But these few hours’ stay, plus the luxurious interiors, are enough for the villas to fetch a selling price of P50 million a piece after the event.

After the summit, FBC sold the houses to private owners, many of them to corporations, according to Garcia. The villas are now under the management of the Triboa Bay Country Club.

SBMA benefited from the sale of the houses, getting around a 10% share for each one sold.

While the APEC villas have passed into private hands, the Summit Hall where the meetings were held – now unfortunately rundown – has not been leased out.

But there are plans underway to capitalize on the natural beauty of Subic Bay and the freeport’s place in history. 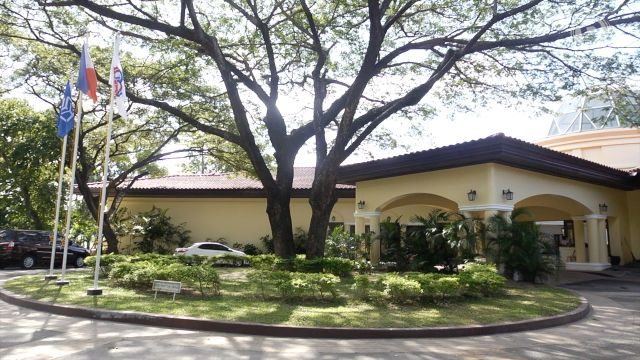 The clubhouse at the entrance of the APEC villas is set to be refurbished, with a private developer taking over renovation of the building.

Garcia said a hotel and condominium will also be built in the area for visitors to see the villas and “experience the Triboa Bay as it was during the APEC meeting.”

That SBMA continues to capitalize on an event that happened nearly two decades ago is understandable, as it was what put Subic on the world map and boosted economic interest in the freeport.

In the years since the 1996 meet, Garcia said there has been a steady interest in investments coming into the area.

“From zero when we started, SBMA now has 1,500 businesses here. We’ve accepted over $9.5 billion in investments….We have quadrupled the number of workers that used to work here in the base when it was a US military facility,” Garcia said.

If the boom in investments in Subic is an indication of the real economic benefits of hosting APEC, Garcia believes the same can hold true for the Philippines’ chairmanship of the regional meeting the second time around. (READ: What will the Philippines gain from hosting APEC 2015?)

Nineteen years and 3 presidents later, the Philippines is back in the world spotlight, this time with the focus on the capital Manila.

Unlike in 1996, no expensive houses were built for the one-time use of the 20 other APEC leaders expected to arrive next week for the summit. But almost P10 billion has been spent to host it – an amount that the government says goes back into the local economy.

That amount can also be recouped if it translates into greater investor interest in the country.

“After being the sick man of Asia for many years, it’s now the turn of the Philippines. A lot of interest has been generated, foreign investors are looking very closely. The international community will clearly be looking eagerly at the outcome of this year’s APEC,” Garcia said. – Rappler.com