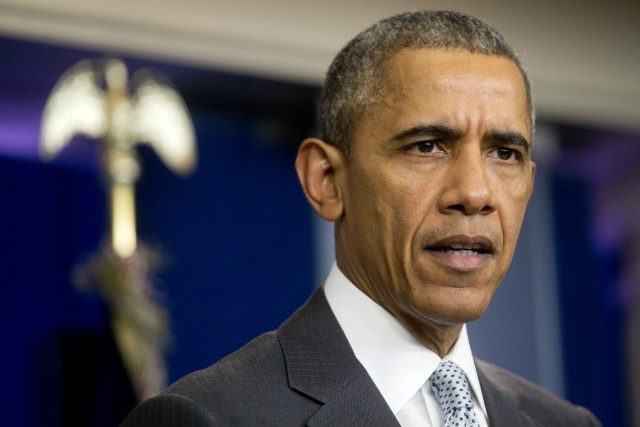 Facebook Twitter Copy URL
Copied
Set on the sidelines of the APEC Summit, US President Barack Obama's visit 'showcases US maritime security assistance to the Philippines and the region'

MANILA, Philippines (UPDATED) – US President Barack Obama is set to visit a coastal facility in the Philippines as the Southeast Asian country faces a dispute with China over the West Philippine Sea (South China Sea).

In a statement on Monday, November 16, the White House said Obama will board the US-made Gregorio del Pilar, the Philippine Navy’s flagship, as he seeks to highlight American commitment to regional maritime security.

The frigate is a symbolic choice as it was formerly a US Coast Guard cutter that was acquired by the Philippines in 2011.

Obama’s aides had earlier said the president planned an event that showcased “US maritime security assistance to the Philippines and the region.”

Obama’s move risks irking China, which is embroiled in a bitter territorial row over the South China Sea with the Philippines and some of its other Asian neighbors.

China had made clear it hoped the focus of the two-day Asia-Pacific Economic Cooperation (APEC) summit, which starts on Wednesday, would solely be on trade talks and not touch on the South China Sea.

US deputy national security adviser Ben Rhodes earlier said Obama is “going to a coastal facility in the Philippines to showcase our maritime cooperation with the Philippines.”

This trip is scheduled on the sidelines of the APEC Summit in Manila. (READ: APEC what? An explainer on Manila’s high-profile week)

For ‘peaceful resolution of disputes’

“And clearly, in our alliance with the Philippines and our focus in the region, we have been committed to maritime security, to principles like freedom of navigation, and to the peaceful resolution of disputes.  And, again, this event will be an opportunity for the President to showcase some of that maritime security assistance,” Rhodes said.

The Philippines and China, however, both said the sea dispute should be downplayed during the mainly economic APEC Summit. (READ: APEC seating arrangement to allow Aquino, Xi to meet)

On the sidelines of the APEC Summit, Obama and 11 other world leaders will also meet to discuss the Trans-Pacific Partnership, a landmark deal creating the world’s largest free trade area.

Founded in 1989, APEC is the highest-level, most influential forum in the Asia-Pacific.

By hosting APEC, the Philippines aims to showcase its booming economy, even as critics slam the P9.8-billion ($208-million) price tag of this regional summit. – with a report from Agence France-Presse/Rappler.com