Nov 22, 2015 8:53 AM PHT
Ferdinandh Cabrera
Facebook Twitter Copy URL
Copied
No one claims responsibility in the attack, which comes as the province celebrates the end of the Kalimudan (Thanksgiving) Festival 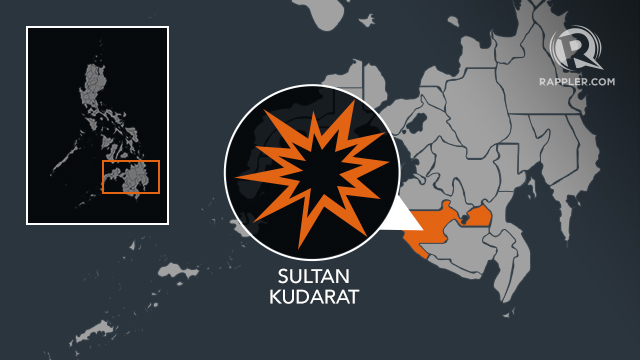 The injured were rushed to Sultan Kudarat provincial hospital which was few meters away.

Portions of the national highway had been closed to traffic before the blast as people milled around ornamental display center and “ukay-ukay” (used clothing) stalls that lined the highway in front of Sultan Kudarat provincial capitol grounds.

No one has claimed responsibility in the attack which came as the province celebrates the end of the Kalimudan (Thanksgiving) Festival.

Police and military bomb experts are still at the blast scene gathering pieces of evidences but Siason said investigators have recovered fragments of hand grenade. – Rappler.com