Aquino to attend #COP21 in Paris before meeting Pope in Vatican 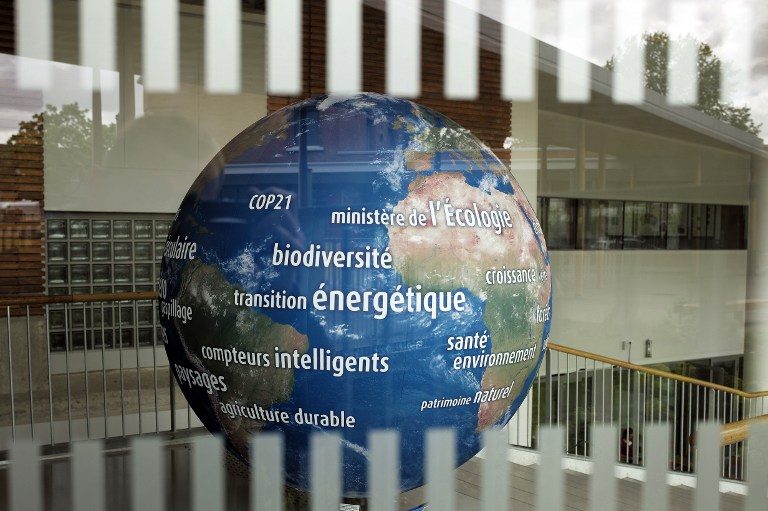 MANILA, Philippines – Unlike the previous UN climate conferences, the one in Paris will kick off with world leaders meeting to set the tone of the summit.

When it happens on November 30, Philippine President Benigno Aquino III will join about 146 other heads of state as they seek to forge humanity’s action plan against global warming.

Malacañang announced on Thursday, November 26, Aquino will embark on a two-day working visit to Paris in France before heading to the Vatican, where he will meet Pope Francis.

Aquino will speak only for 3 minutes at the leaders’ event of the highly-anticipated UN climate summit known as “COP21″ – short for the United Nations Framework Convention on Climate Change (UNFCCC) 21st Conference of Parties, but his government considers it the “most important” part of the gathering that will run until December 11.

“It will be a capstone opportunity for the President to highlight climate change accomplishments and to support the crafting of a new climate change agreement that is effective and equitable and that most especially will help the climate-vulnerable communities,” Assistant Secretary Maria Cleofe of the Department of Foreign Affairs said in a media briefing.

Aquino is also set to deliver the keynote address at the Climate Vulnerable Forum, a high-level event on the sidelines of the COP21.

The Philippines is among the top 10 countries with the “highest proportion of affected people over the total population,” according to a recent report by the UN Office for Disaster Risk Reduction and the Centre for Research on the Epidemiology of Disasters. 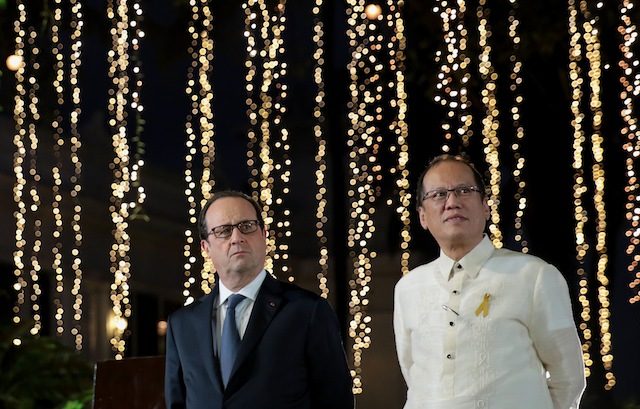 Aquino is expected to reiterate what the Philippines wants from the conference and the pledges it made with the COP21 host earlier this year and other heads of state at the recently concluded Asia-Pacific Economic Cooperation (APEC).

This means that the country supports an agreement that aims at keeping global warming below 1.5°C instead of less than 2°C, the disastrous tipping point of climate change.

In a joint statement of the Philippines and France issued in Malacañang on February 26 during the state visit of French President Francois Hollande, Manila and Paris called on the international community to come up with “a universal, equitable, and ambitious climate deal” that adheres to the recommendations of climate experts.

Heads of state who attended the APEC summit hosted by the Philippines from November 18 to 19 echoed the call, vowing to help each other in pushing for a fair and “durable” Paris climate accord.

The Philippine delegation to the COP21 earlier said that they are “fully prepared to negotiate” for the interests of the country. Updating the Pope on Haiyan recovery

On December 1, Aquino will head to Rome and the Vatican for his first working visit to Italy and the Holy See. Aquino will hold bilateral talks with Italy’s President Sergio Mattarella. Pope Francis will receive Aquino in a private meeting on December 4.

Natividad said that Aquino’s reciprocal visit to the Vatican “is an opportunity for the President to thank the Pope as well as also to discuss with His Holiness the construction and rehabilitation efforts in Tacloban of which the Pope has shown much keen interest.”

In January this year, Pope Francis visited Tacloban City and Leyte, ground zero of the monstrous Super Typhoon Yolanda (Haiyan), providing comforting words to the survivors of the disaster.

“I am here to be with you. A little bit late, I have to say, but I’m here,” Pope Francis said in a moving speech that left mass goers in tears.

The Aquino administration has been criticized for the government’s reported slow rehabilitation efforts in Yolanda-affected areas. In the past two Yolanda anniversaries, Aquino had skipped Tacloban, the hardest-hit city by the strongest typhoon in recent history that hit land in the Philippines. – Rappler.com