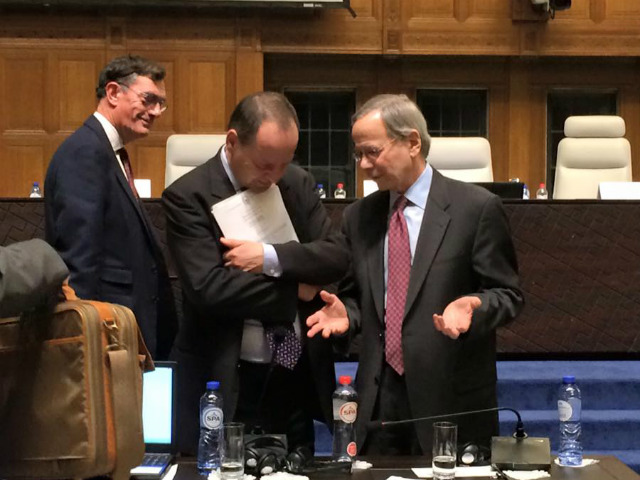 MANILA, Philippines – The Philippines slammed China for the “close to catastrophic” damage it has inflicted on coral reefs through its island building activities in the disputed West Philippine Sea (South China Sea).

The Philippines also warned a United Nations-backed arbitral tribunal in The Hague, Netherlands, that China poses “a significant threat to the marine environment.”

Deputy Presidential Spokesperson Abigail Valte said the Philippines presented these arguments on Thursday, November 26, the third day of oral hearings on Manila’s case against Beijing over the West Philippine Sea.

Valte said Kent Carpenter, one of the Philippines’ expert witnesses, “drew the conclusion that China’s actions have cause grave harm to the environment in the South China Sea due to its artificial island building activities.”

Carpenter added that because of these reclamation activities, “the damage to the complex coral reef ecosystem is close to catastrophic.”

This comes as China builds artificial islands to assert its claim over the West Philippine Sea. The Philippines has protested these reclamation activities. 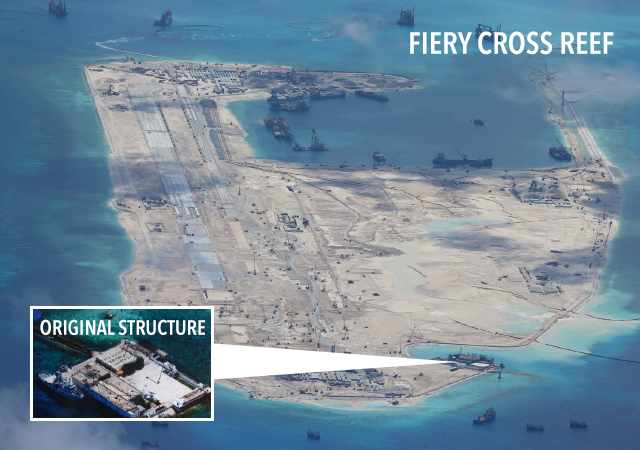 During Thursday’s hearing, Philippine advocate Alan Boyle also “presented to the tribunal the damage China has done to the marine ecosystem.”

Boyle cited examples of harmful fishing practices employed by China, “such as blast fishing, cyanide fishing, harvesting of giant clams, and catching of turtles and other endangered species.”

He said China “is responsible for its failure to prevent its fishermen and vessels from engaging in illegal fishing activities.”

“Boyle stated that, if unchecked, China’s activities will continue to pose a significant threat to the marine environment of the South China Sea and of all the states which border the sea,” he said, according to Valte.

At the same time, the Philippine team presented other moves by China “which aggravated and extended the dispute.”

Philippine team member Bernard Oxman, for one, cited instances when China blocked the Philippines from entering Ayungin Shoal (Second Thomas Shoal) to resupply its troops there.

“Oxman stressed that China’s denial of access forms part of ‘a deliberate policy to physically expel the Philippines and its nationals’ from the disputed features and its surrounding waters,” Valte said.

Boyle also pointed out “the series of near-collisions” between Philippine and Chinese vessels in April and May 2012.

These incidents happened in Panatag Shoal (Scarborough Shoal) in the West Philippine Sea, the site of a standoff between Philippine and Chinese vessels in April 2012 that heightened the sea dispute and eventually led to the filing of the case at The Hague.

“These incidents, according to Boyle, displayed China’s ‘deliberate disregard for international law’ on the safety of maritime vessels,” Valte said.

A day earlier, the Philippines told the tribunal in The Hague that China’s island building activities have destroyed the seabed in the South China Sea.

Before this, the Philippines complained to the tribunal that China has robbed it of its right to fish in the contested waters.

The hearings on the merits of the Philippines case will resume and end on Monday, November 30, Valte said. – Rappler.com