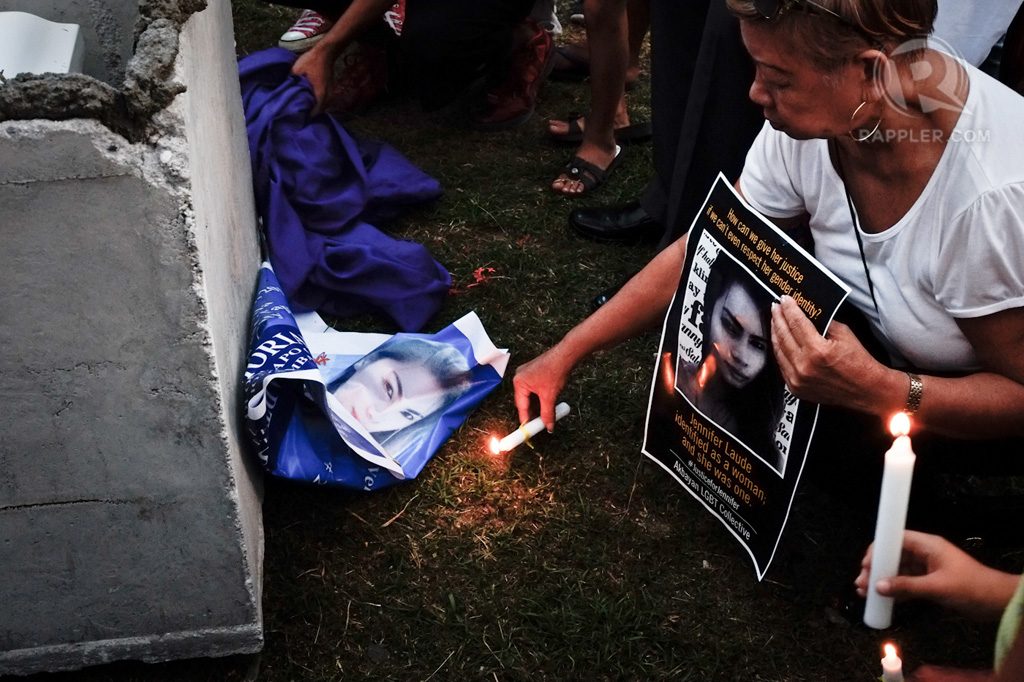 MANILA, Philippines (UPDATED) – Several government officials here are hailing the verdict in the case of US Marine Joseph Scott Pemberton, who has been convicted of homicide and faces 6 to 12 years in prison.

Pemberton was found guilty of killing Filipina transgender woman Jennifer Laude at a motel in Olongapo City in October 2014. The US Marine previously admitted strangling Laude, but claimed it was in self-defense.

In a statement, the camp of Vice President Jejomar Binay welcomed Pemberton’s conviction, saying “justice has been done to the Laude family.”

The Binay camp added, “The Vice President believes the decision will not affect the good relations between the US and the Philippines as the case involved a criminal offense and the Court ruled based on evidence.”

Senator Ferdinand “Bongbong” Marcos Jr also calls the verdict a “triumph of justice,” adding that it shows the country’s judiciary is “fair and impartial.”

Another senator, Antonio Trillanes IV, said the case is proof that the Visiting Forces Agreement (VFA) between Manila and Washington actually works.

“The United States government allowed their citizen to be subjected to our criminal justice system, and right now he is being punished for it,” Trillanes said in a forum.

But leftist lawmakers are taking a more cautious stance, warning that the fight for justice should not end with the court ruling.

Kabataan Party-list Representative Terry Ridon said that while they laud the decision of the court, “the intricacies of the VFA … again come into play.”

Ridon cited the case of Lance Corporal Daniel Smith, saying he was “able to escape like a thief in the night from the clutches of Philippine laws back in 2005.” The lawmaker said there should be no repeat of the Smith case. (READ: LOOKING BACK: Daniel Smith and the Subic rape case)

Ridon also said the 6- to 12-year sentence for Pemberton is too short and “not commensurate to the crime.”

As for where Pemberton will be jailed, Bayan Muna Representative Neri Colmenares said there is no need for the provision in the court’s decision which states that he “shall be confined at the national penitentiary pending clarification of the agreement.”

Colmenares said Pemberton should be imprisoned at the New Bilibid Prison (NBP), no questions asked. (READ: Pemberton to return to Camp Aguinaldo)

For Trillanes, however, the detention facility should not be an issue. “Should he be detained in Camp Crame or Camp Aguinaldo? For as long as he is deprived of his liberty, then that’s the ultimate punishment.”