A year after Mamasapano: ‘Time heals all wounds’ – ARMM gov 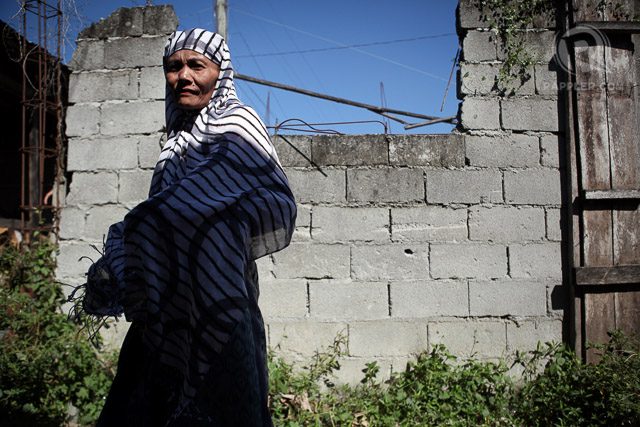 Facebook Twitter Copy URL
Copied
'Time heals all wounds, we've been told. It has been a year, but it wasn't just the past 12 months that allowed us to recover and rebuild,' says ARMM Governor Mujiv Hataman

MANILA, Philippines – A year after the failed Mamasapano operation that happened on January 25, 2015, Autonomous Region in Muslim Mindanao (ARMM) Governor Mujiv Hataman said the region and people have already recovered from the unfateful incident.

Hataman said time has “[healed] all wounds,” even as questions remain unanswered on why the botched operation, which killed at least 60 people, happened and who is responsible for it. The Senate is set to re-open the Mamasapano probe on Wednesday, January 27. (READ: TIMELINE: Mamasapano clash)

“Time heals all wounds, we’ve been told. It has been a year, but it wasn’t just the past 12 months that allowed us to recover and rebuild. It was our peoples’ capacity for mutual understanding and our refusal to act in unjust ways despite the anger, that has allowed us to move forward together,” Hataman said in a statement Sunday, January 24.

Hataman said “fear and doubt” were the “most difficult” issues to address during the past one year.

Citing the symbolic wooden bridge near the area of the clash, Hataman said it is a constant reminder of what happened.

“The old bridge still stands, however, a striking reminder of what happened a year ago – that we need to remember, that we need to overcome, and that which still needs to be done.”

The earlier Senate probe pinpointed President Benigno Aquino III as responsible for the botched operation. Despite issues against Aquino, Hataman said the administration has continuously helped them in their recovery – building of schools, roads, mosques, and other infrastructure developments, among others.

Hataman said the national government has reaffirmed its commitment for peace and development of Mamasapano and the entire ARMM, even as the administration-backed Bangsamoro Basic Law remains pending in Congress as a result of the deadly clash between rebels and government troops.

“This continuous process of healing and rebuilding is not without its challenges. It is easy to stoke the flames of conflict and to act in anger, without thought but, as we have always done, we continue to choose what is best for our people,” he said. – Rappler.com