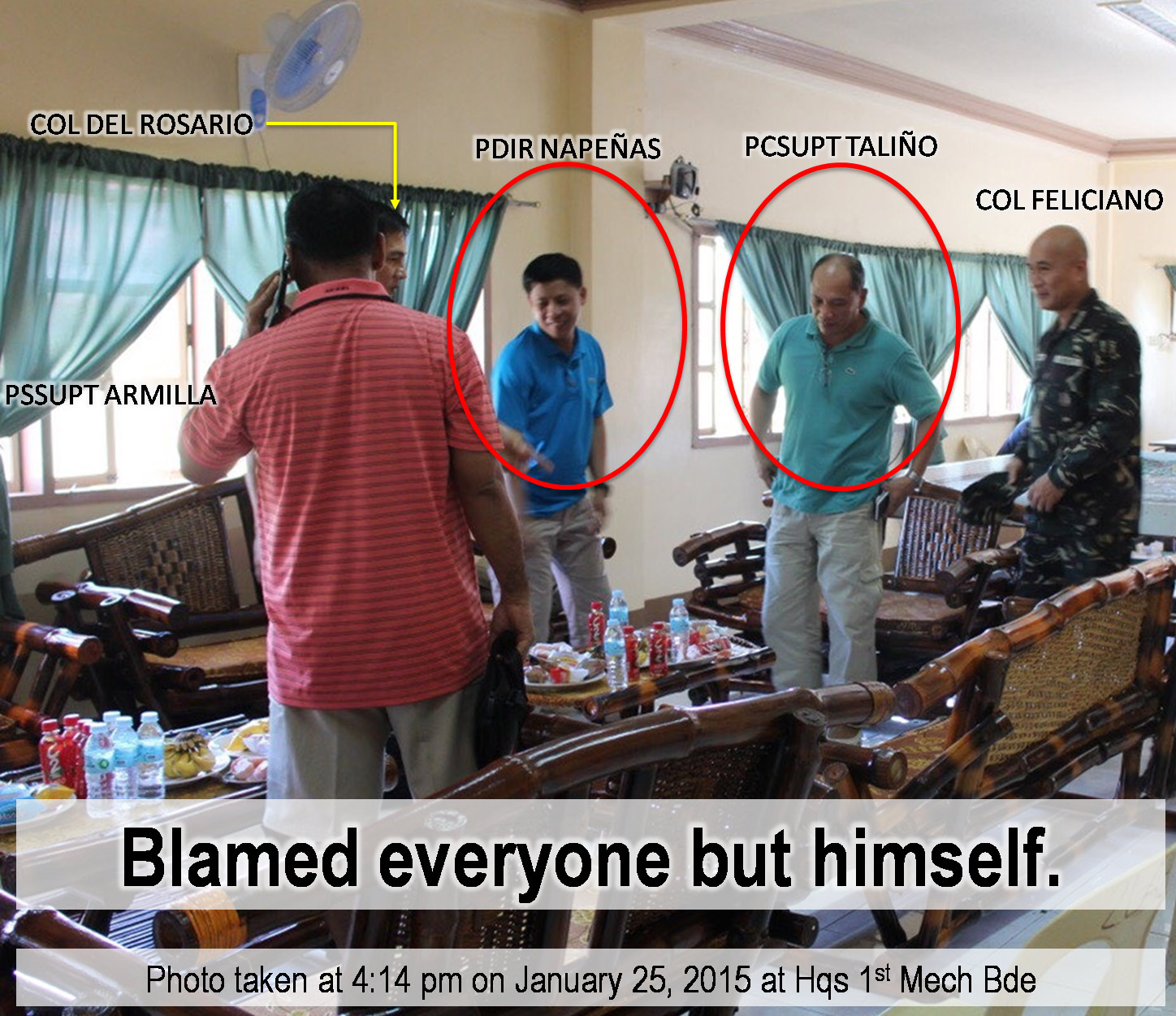 MANILA, Philippines – The gloves are off.

The Armed Forces of the Philippines (AFP) on Wednesday, January 27, hit back and lashed out again against Special Action Force (SAF) chief Getulio Napeñas, during the reopening of the Senate probe into a controversial police operation that claimed the lives of more than 60 Filipinos, including 44 elite cops. (READ: Senate reopens Mamasapano probe to hear ‘new evidence’)

“Detached from the reality of the SAF operation” and “unaware of the magnitude of the SAF casualties” were among the choice phrases the military used to describe the retired police general, who led the Philippine National Police (PNP)’s elite anti-terrorism unit when it launched “Oplan Exodus” on January 25, 2015.

Exodus was launched to target terrorists wanted by both the Philippines and the United States. While the SAF troopers were able to neutralize one of its targets, the operation triggered clashes between cops and Muslim rebels in the area, claiming the lives of more than 60 Filipinos in Mamasapano, Maguindanao.

The Mamasapano encounter is the biggest blow to the Aquino administration. It pulled down the President’s approval and trust ratings to their lowest a couple of months after the incident, though he managed to bounce back by June.

During the tail-end of the Senate hearing, the line of questioning focused on one question: Is the army to blame for failing to send much-needed help to the pinned down SAF troopers?

The AFP has long denied these insinuations, pointing out that they did not have the necessary information to launch artillery. The SAF specifically decided not to coordinate with the military, fearing information leaks.

The SAF, however, insist they gave local military forces enough information the morning of January 25, 2015.

In a presentation before the Senate committee during the Wednesday hearing, the AFP laid out the operational conditions in the area to explain why much-needed artillery support could not be given:

The AFP reserved their harshest reason for last. “No sense of urgency on the part of Napeñas in conveying critical information on the condition of engaged SAF troops,” the AFP presentation showed.

Both Napeñas and Taliño were in civilian attire in the photo, supposedly taken more than 12 hours since “Exodus” was launched. Around this time, all but one of the 55th Special Action Company (SAC) troopers were already dead while the 84th SAC were still trapped by hostile forces.

Napeñas, said the AFP, had a “walk-in-the-park” mindset and lacked a grasp of the gravity of the situation. That he was in civilian attire, the AFP claimed, meant he had “no intention to lead from the front.”

“[He] failed to exercise combat leadership [and] blamed everyone but himself,” said the AFP in the presentation.

“This kind of attitude and mindset was the root of the problem that led to the debacle suffered by the SAF 44,” the military added.

The AFP also showed a video supposedly showing SAF troopers from other companies doing nothing as military forces arrived to support the beleaguered SAF troopers. – Rappler.com