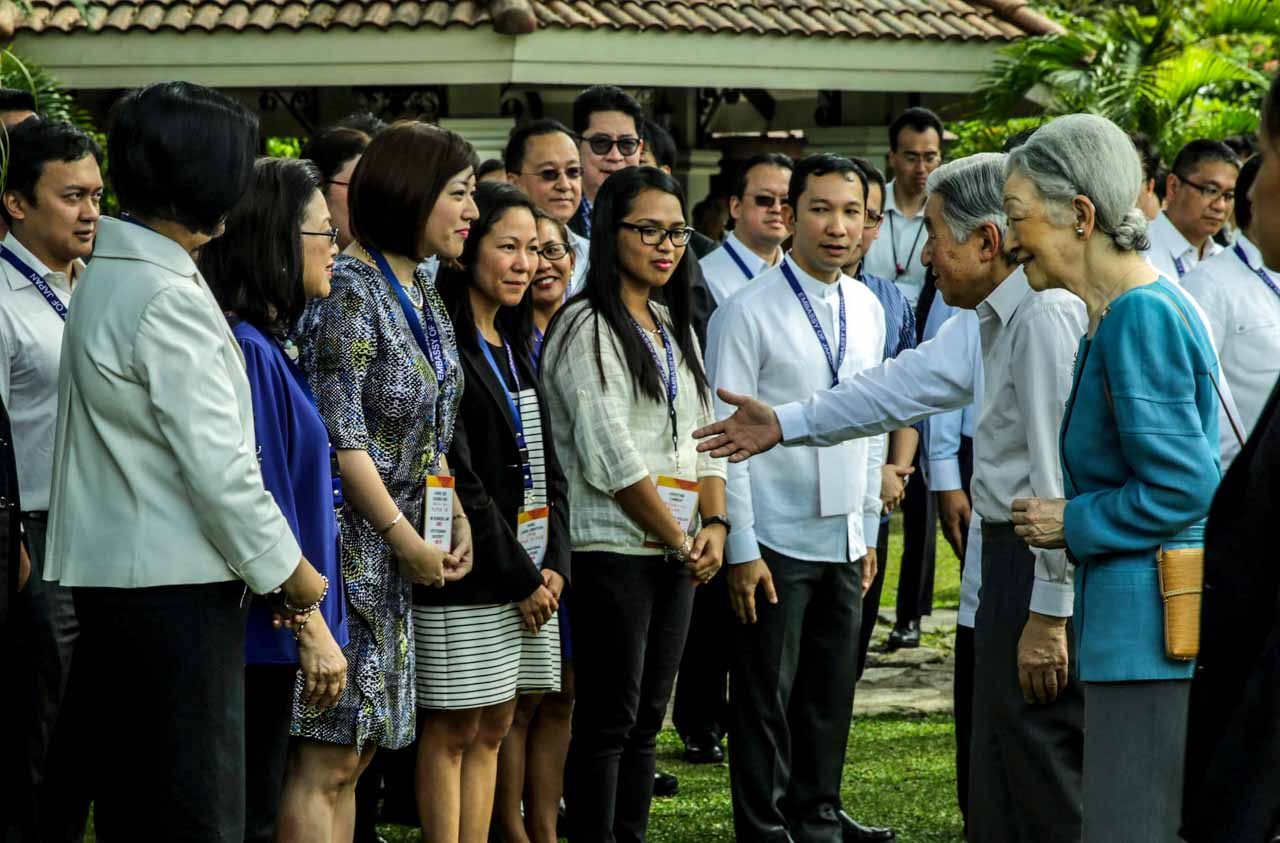 MANILA, Philippines – Japan Emperor Akihito and Empress Michiko spent the 3rd of their 5-day state visit to the Philippines meeting Japanese residents and organizations in Manila on Thursday, January 28.

On Wednesday, January 27, President Benigno Aquino III welcomed the royal couple in Malacañang Place and hosted a state dinner for them. Their visit came at a time when the two nations are celebrating the 60th anniversary of their diplomatic relations, earlier marred by the Japanese occupation after the Second World War. (READ: Emperor Akihito: Japan ‘must never forget’ Filipino deaths of WWII)

The royal couple visited Libingan ng mga Bayani in Taguig to pay respects to the thousands of soldiers killed during the World War II.

The two arrived in the country on Tuesday, January 26, and are set to leave on Saturday, January 30.

Here are the photos of the Imperial couple on Thursday: Dinner reception hosted by the Japanese Ambassador to the Republic of the Philippines and his spouse at Forbes Park. President Aquino was the guest of honor and was accompanied by his sister Pinky Aquino Abellada.