Conchita Carpio Morales: A strong woman for a tough job 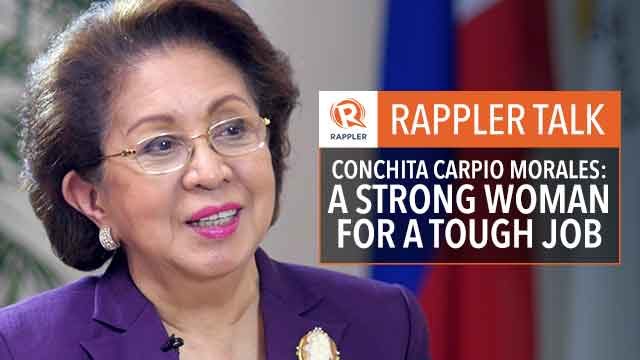 Facebook Twitter Copy URL
Copied
In an exclusive interview with Rappler's Maria Ressa, Philippine Ombudsman Conchita Carpio Morales talks about the highs and lows of the job and her mandate to minimize corruption

For the past 4 and a half years, Carpio Morales had to make tough choices – investigating and filing cases versus prominent public officials such as Senator Juan Ponce Enrile, Vice President Jejomar Binay, and more recently, Metro Rail Transit 3 general manager Al Vitangcol. Undaunted by having to go against political bigwigs, she prides herself on her integrity.

The Ombudsman says she could not be influenced, swayed, or coerced into doing something against her principles as she is in a position free from the “tentacles of power.”

Watch Carpio Morales talk about the state of corruption in the Philippines and how she, as Ombudsman, plans to combat it. – Rappler.com