Feb 5, 2016 12:48 PM PHT
Rappler.com
Facebook Twitter Copy URL
Copied
(UPDATED) The Office of the Ombudsman junks the appeal of the Binays and 22 Makati officials, saying it presented 'quantum of proof' to find probable cause to indict them over the alleged overpriced Makati carpark building 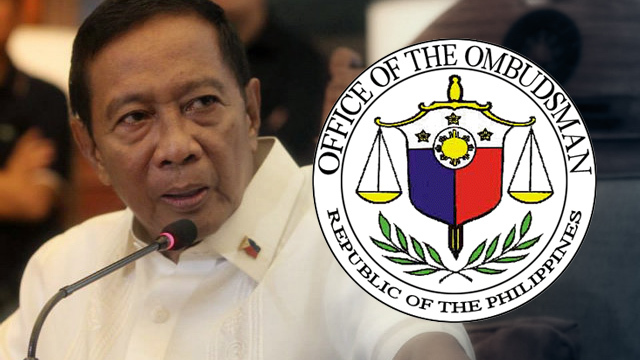 In two separate resolutions on 6 docketed cases, the Ombudsman said it has jurisdiction to conduct its preliminary investigation that led it to find probable cause to file criminal charges against Binay, his son, and their co-respondents for graft, malversation of public funds, and falsification of public documents in connection with the bidding and construction of the carpark project.

Rappler obtained copies of the documents on Friday, February 5.

The Vice President, Makati mayor for 21 years, sought the reconsideration of the October 2015 decision of Ombudsman Conchita Carpio-Morales, claiming that the Ombudsman has “no jurisdiction” to investigate and issue a resolution indicting him for criminal charges.

Citing the High Court’s In Re: First Indorsement from Honorable Raul M Gonzalez dated 16 March 1988 (Gonzalez), Binay argued that the Ombudsman cannot file a case against him before the anti-graft court Sandiganbayan or any other court while he is still vice president.

In its resolution, the Ombudsman said it has the authority to investigate Binay “in accordance with the Constitution, law and jurisprudence.”  (READ: ‘Vice President does not enjoy immunity’)

Carpio said Binay was being investigated for alleged criminal acts committed while he was Makati city mayor, not as vice president.

“It bears recalling that the assailed Joint Resolution resolved to hale Binay Sr to court after his term of office as an impeachable officer expires,” the Ombudsman said in the decision.

This means that the Ombudsman will not yet file criminal charges against Binay while he is the sitting vice president as this is not permitted by law.

Should Binay lose in the presidential elections in May, the Ombudsman may immediately file the cases against the United Nationalist Alliance standard-bearer before the Sandiganbayan.

The other 22 Makati officials facing criminal charges are the following:

The Ombudsman also junked their appeal on their dismissal orders on Friday.

Due process given, quantum of proof met

In the resolutions, Morales slammed the argument of the Vice President, Junjun Binay, Hernandez, Mendoza, and Uyaco, that they were not given the right due process.

Morales said the respondents were duly notified and “given an opportunity to be heard” on the criminal complaint filed against them.

“They in fact submitted their counter-affidavits, and their separate rejoinders filed in response to complainant’s Reply were taken into consideration in the marshalling of facts and evaluation of the evidence,” said the Ombudsman.

“And, respondents were duly furnished with copies of the assailed Joint Resolution on account of which they filed the present motions. Where lies the denial of due process?” she added.

The Ombudsman also said it its upholding its October 2015 decision because the respondents failed to show any newly discovered evidence or error which could materially affect the outcome of the cases.

Moreover, Morales said the “quantum of proof” required to support indictments in preliminary investigation was met by her office.

“Indeed, a preliminary investigation is not the occasion for the full and exhaustive display of the prosecution’s evidence, the validity and merits of the parties’ defense or accusation, as well as the admissibility of testimonies and evidence,” said the Ombudsman.

“Such matters are best raised and ventilated during trial on the merits,” she added.

The Binay camp was not surprised by the latest decision from the Ombudsman.

“So what else is new? We have always expected these resolutions from a biased and partial Ombudsman,” said media affairs head Joey Salgado.

He called the Ombudsman’s resolutions as “political tools” against Binay, who continues to lead in election surveys despite a string of corruption allegations.

The Ombudsman released its decision finding probable cause to indict Binay on the day he filed his certificate of candidacy. Morales’ latest decision against the Vice President came just days before the start of the official campaign period on February 9.

According to Salgado, the Ombudsman’s decision “fits into the orchestrated effort” of the ruling Liberal Party (LP), its standard-bearer Manuel “Mar” Roxas II, and their allies to allegedly “attack the Vice President.”

“We have never expected fairness and impartiality from the Ombudsman. We look forward to disproving all their allegations in an impartial court,” he said.

In a statement, LP spokesman Barry Gutierrez said all opportunites have been given to the Binay family to defend themselves.

(This is the result and they need to face their cases. Mayor and VP, you cannot escape from this. Reveal what you really did in Makati. We have to give justice against the embezzling of the nation’s money.) – Rappler.com