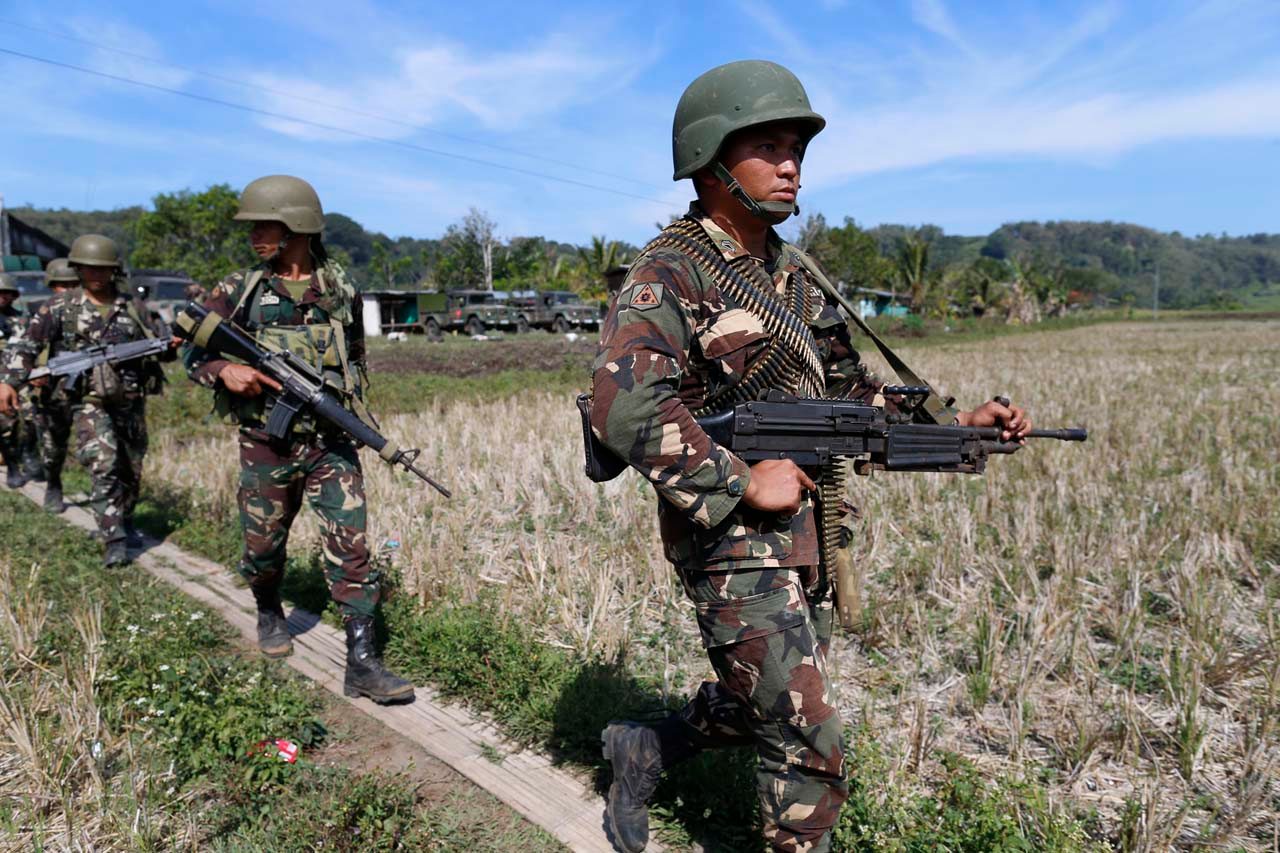 The military earlier said an Indonesian terrorist was among those slain.

A Rappler source raised concern that the terrorists would stage another round of attacks to avenge their slain comrades.

“The attackers will come from another town not in Butig. They are just preparing for the burial of their fighters,” the government source said.

Despite this, Brig Gen. Gerardo Barrientos, 1st Army Division chief, led his men in a flag-raising ceremony in one of the 3 previous terrorist strongholds where the houses of Maute group leaders Omar and Abdullah Maute were burned and destroyed.

“This is my message to them. Never challenge the legitimacy or the rule of law in this part of the region because you will suffer from the force of the armed forces,” Barrientos told troops and local officials.

“We will not hesitate to use the full force of the army once challenged by any other non-law abiding people,” he added. The terrorists attacked the detachment of the 51st Infantry Battalion of the Philippine Army in Barangay Bayabao on February 20, killing 2 soldiers and wounding 6 others.

The military has been conducting clearing operations in the area since then, fighting it out with the group in several instances.

“This day is historic for all of us because what our troops did.  From February 20, we resolved the crisis the fastest possible time,” the general said.

Intelligence reports said the ISIS may soon declare a wilayat or province in the southern Philippines, following the circulation in January this year of an ISIS-inspired video from Mindanao.

The military previously dismissed this claim even if the Moro Islamic Liberation confirmed ISIS recruitment in Central Mindanao.

In November last year, 8 members of a criminal group – including an alleged Indonesian bomb maker – were killed in a clash with government troops in Palimbang town in Sultan Kudarat.

Barrientos said the group’s first stronghold in Butig, located in the village of Ragayan, has a public school and a three-story building that served as the terrorists’ observation point used by about 30 snipers.

He said the second territory, surrounded by trenches situated in the nearby village of Puktan, was used as the center of the militants’ activities.

“It is where one of the houses of Maute leader was located,” he said.

Mayor Ibrahim Macadato told reporters the military cleared people affected by the conflict, about 5000 families, who are safe to return to their respective homes.

“But we want to have a military base in our town so the Maute group can no longer return here,” he said. Barrientos said the last camp is where Omar and Abdullah were staying.

“We will continue to run after them so the people of Butig will have peace. They still have capabilities and maybe they can still recruit new members,” he said. – Rappler.com