Ex-INC member Menorca: No hope for justice in PH

Mar 26, 2016 1:20 PM PHT
Facebook Twitter Copy URL
Copied
EXCLUSIVE: Menorca says he plans to seek help from a higher court and international agencies to ensure the safety of his family 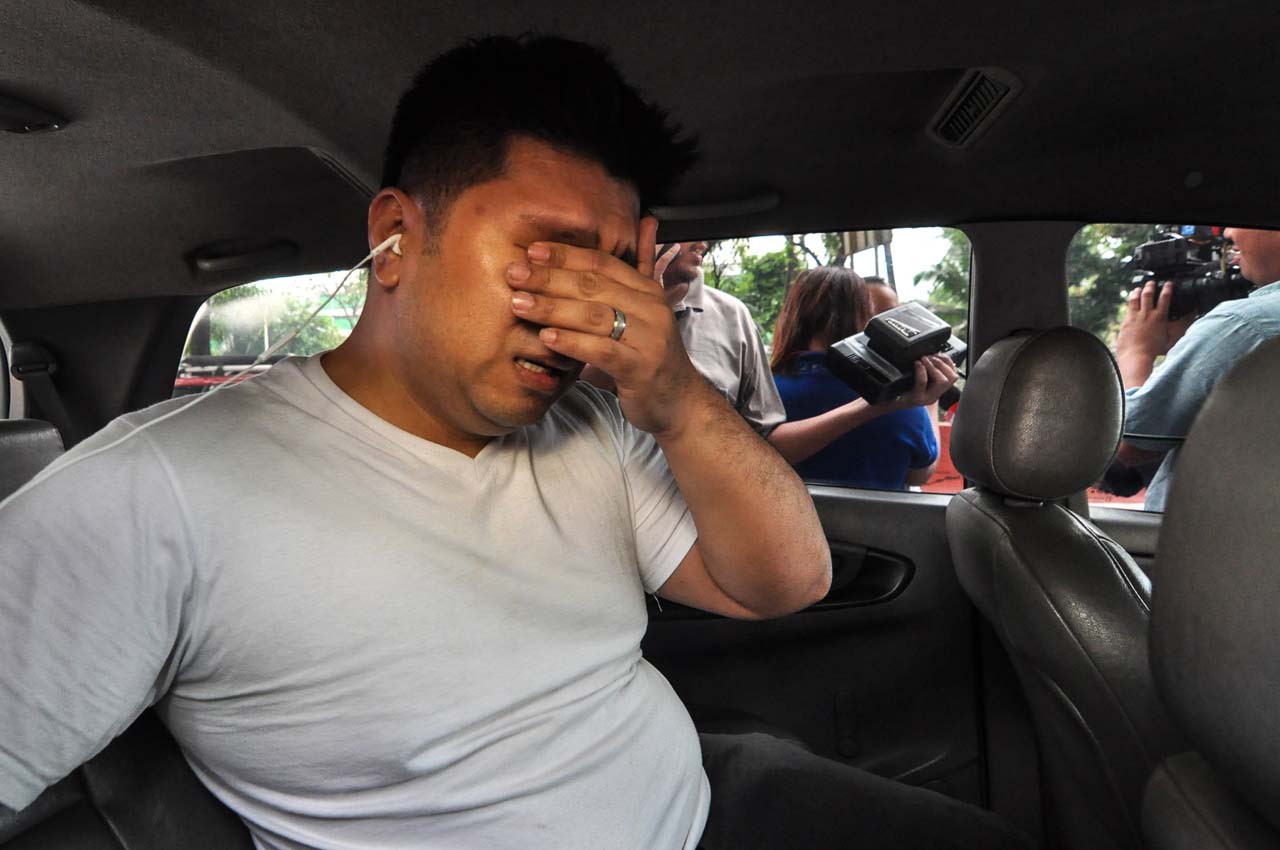 The expelled church worker was speaking from an undisclosed location in Asia, after fleeing to Vietnam earlier this month due to an alleged death threat he received against his family.

His hurried flight left him unable to finish the cross examination of his testimony at the Court of Appeals (CA), which is hearing the petition for a writ of amparo filed by Menorca’s relatives in October 2015.

Menorca told Rappler that he and his family now plan to seek justice elsewhere, away from the influence of the influential 101-year-old church.

“We decided that we’re going to leave the country because there’s no place else there in the Philippines where we’re safe, especially because the clutches of the Iglesia ni Cristo all over the Philippines are very powerful,” Menorca said in a mix of Filipino and English.

(I can’t expect anything from the justice system, the government, especially law enforcement units which are even used against me.)

No disrespect to justice system

Menorca was expelled from the INC last year after he accused top church officials of allegedly ordering his kidnapping and 3-month detention, in a bid to force him to expose members critical of the church.

While the appellate court was hearing Menorca’s petition, the former church worker faced a slew of libel cases, including one that led to his two-night arrest at a Manila jail. He is also facing a complaint for adultery.

Menorca earlier hit these cases against him as a form of harassment, pointing out what he called a “clear pattern” of complaints being filed against him that result in arrest warrants without any formal notice being sent to him or his lawyers.

The INC, for its part, has denied any hand in the libel cases. The church also accused Menorca of fleeing the country to escape the pending cases filed against him in court.

But Menorca told Rappler that while he respects the CA justices hearing his amparo petition, he acknowledged that there were loopholes in the justice system.

He pointed out that almost 6 months since the petition was filed, his plea for protection remains unresolved.

“I respect the justices and I saw their effort, I saw how frustrated they are [that] even though they want to give me justice…even their hands are tied by the technicalities and loopholes of the justice system,” he said.

Menorca also hit the Iglesia respondents for not attending the hearings at the CA, while he and his family were “risking their lives” every time they attended the hearings.

“Imagine in those 6 months that I attend the hearings, not once did any of the respondents from the Iglesia ni Cristo church administration attend…But when I failed to attend one hearing, they wanted to dismiss the case, they want my testimony stricken. So what kind of justice can I expect from them?” he said in a mix of English and Filipino.

Menorca told Rappler that a day before his scheduled appearance at the Court of Appeals on March 7, he had been conferring with his lawyers to prepare for the continuation of his cross examination.

But after he found a supposed death threat against his daughter – a picture of his family with an X marked over his young daughter’s face – he decided to leave immediately and take his family to safety.

(We were really preparing for the hearing that day at the Court of Appeals. All the documents, how I was going to be questioned. And then we were surprised to receive a piece of paper stuck on our car in the parking of our safehouse. It’s a condominium, still accessible to other people. When we saw that, as I said before in a press release, my world was literally shattered.)

Menorca said that it was his fear for his daughter’s safety that prompted him to take action.

(It’s different when you’re a father. I can be brave, I can stand being arrested because I know what I’m fighting for and where I stand. But when it’s your child whose life is threatened, at that point I realized that I could not bear it if something happens to my child.)

Only a few people knew about the Menorcas’ plan, he said. His lawyer, Trixie Cruz-Angeles, also told the CA on March 7 that Menorca had called them up when he was already at the airport.

The former church worker said he and his wife knew the risks in attempting to leave the country, but decided to try anyway for the sake of their daughter.

Menorca claimed that he was initially barred from leaving due to a supposed hold departure order against him, but was later told that he could leave.

While the INC now brands Menorca a fugitive from justice, Menorca said that if it was necessary for him to keep moving around to ensure his family’s safety and to protect their rights, he would do so.

“In comparison, it’s harder to move there in the Philippines, watching your back at every corner than [in] other places,” he said.

(It’s better than being in the Philippines, and our enemy is the police. Or you didn’t know, but the person beside you at the mall or grocery is a member of Iglesia ni Cristo, and one of the fanatical members is going to do something to me or my family.)

While he is mulling over his next steps, Menorca said he plans to release proof that his abduction last year happened. (READ: INC minister Lowell Menorca: The story of my kidnapping) – Rappler.com