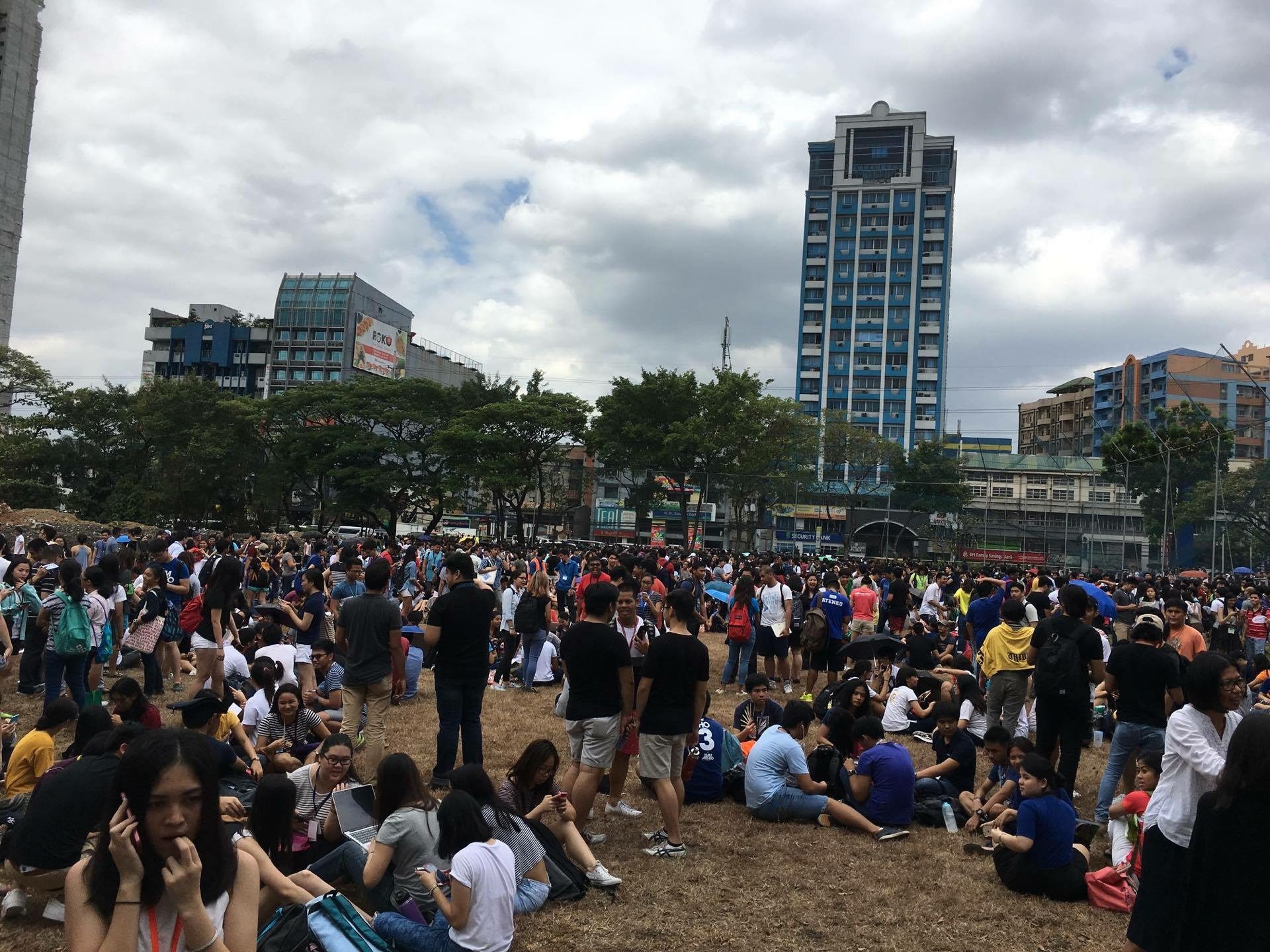 MANILA, Philippines (4th UPDATE) – The Ateneo de Manila University campus in Quezon City was declared safe at around 2 pm on Monday, March 28, after a bomb threat in the morning forced students and employees to evacuate.

In an official Facebook post, the university announced that a second sweep had been completed, and those who evacuated could already return to retrieve belongings they may have left behind.

Classes in all levels and work, which had been suspended due to the scare, will resume on Tuesday, March 29.

The university earlier said it received a bomb threat around 8:30 am Monday, after which the ADMU security office “immediately requested the Explosive Ordnance Disposal and QC station 9 bomb squads to send units to sweep the grounds and buildings.”

The QCPD received the report of the threat at around 9 am, SPO4 Mario Turiano of the Explosive Ordnance Division (EOD) told Rappler.

Students, faculty, and staff were told to leave campus buildings at around 9 am due to an “urgent situation” on campus. The reason for the evacuation was initially not specified. At around 10 am, the university’s student newspaper The Guidon reported on Twitter that the school issued this announcement on its public address system: “Emergency campus lockdown. There is a bomb threat. Police are on the campus to conduct an investigation of key areas.”

“Students are OK, not in a panic. Some have already contacted their families. Others are getting information via social media,” John Noel Victorino, a faculty member from the school’s Department of Information Systems and Computer Science, told Rappler.

A bomb squad vehicle, an ambulance, and a fire truck were seen on campus.

Students of the Loyola Schools, the university’s college unit, had been “requested to leave campus on foot.”

The Ateneo Grade School, meanwhile, released this announcement: “All students will be dismissed at 10:30 am today, March 28. Kindly fetch your sons at their designated pick-up point areas: for Grade 3 (Pick-up Point C); for Grade 4 (in front of Blue Eagle Gym); for Grade 5 (walkway or pavement across Blue Eagle Gym and along Masterson Road); for Grade 6 (covered walk beside Moro Lorenzo Blue Oval parallel to Katipunan).”

In February 2014, the university also received a bomb threat which turned out to be a false alarm. – Rappler.com