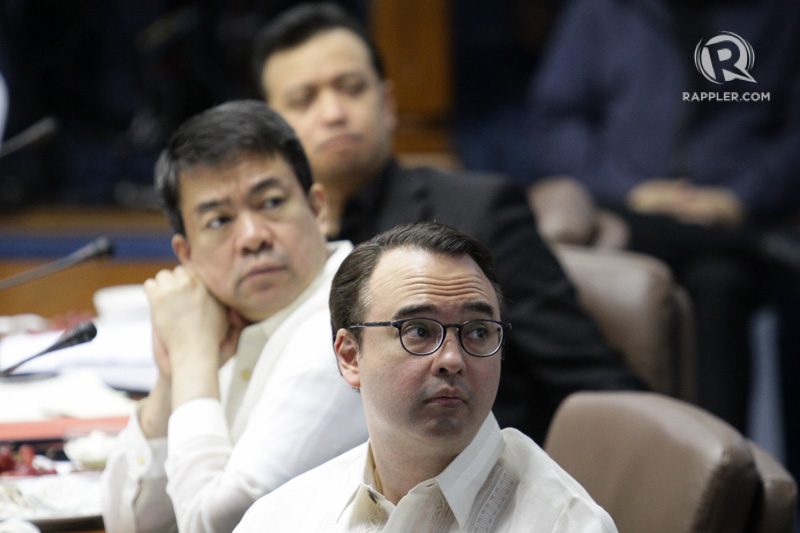 Facebook Twitter Copy URL
Copied
The two senators, both allies of presidential candidate Rodrigo Duterte, will be holding the hearing in Davao City

MANILA, Philippines – Senators Aquilino “Koko” Pimentel III and Alan Peter Cayetano will be conducting a public hearing on the violent dispersal of protesting farmers in Kidapawan, the two lawmakers said on Monday, April 4.

In a statement, Cayetano said the hearing will be held by the Senate Committee on Justice and Human Rights, which is headed by Pimentel, on Thursday, April 7, in Davao City.

“We are holding the hearing in Davao City because it is one of the nearest places to the Kidapawan incident. Some of the invited resource speakers belong to the protesting farmers, who are too injured to travel all the way to Manila,” Pimentel was quoted as saying in the statement.

Cayetano is the running mate of presidential candidate Davao City Mayor Rodrigo Duterte, who is blaming the Aquino government for the incident. Pimentel is also supporting Duterte’s presidential bid.

“In the Senate hearing, we will listen to all parties present,” said Cayetano. “But most importantly, we hope to get to the bottom of this issue and render justice to all the victims of this unnecessary use of violence.”

At least 2 protesters were killed and several others were wounded, including policemen, when cops dispersed on April 1 the protest of farmers along a major highway in Kidapawan City. The farmers are protesting government’s insufficient support as they struggle with drought caused by El Niño.

The cops have been accused of using excessive force during the dispersal. The Commission on Human Rights and the Philippine National Police are holding separate investigations on the incident. – Rappler.com