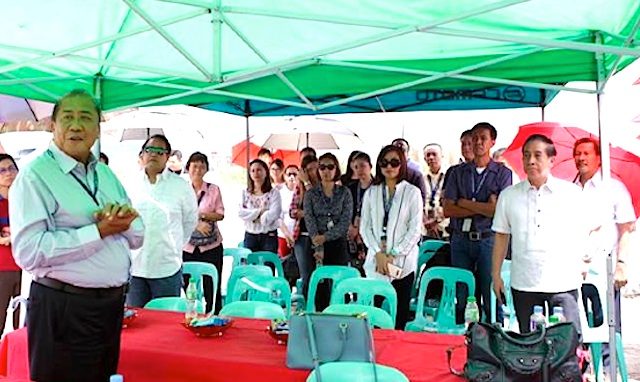 MANILA, Philippines – President-elect Rodrigo Duterte said he will appoint San Beda law schoolmate Arthur Tugade as secretary of the Department of Transportation and Communications, and has asked longtime friend Carlos “Sonny” Dominguez III to be his finance secretary.

In a press briefing on Monday afternoon, May 16, Duterte dropped hints that while he has asked Dominguez to head the finance department, the Davao businessman has yet to say yes. “I hope he would reconsider” the offer to head DOF, Duterte added.

Tugade was president and CEO of the Clark Development Corporation (CDC) until April 2016, when he quit to support the presidential campaign of Duterte. He was appointed by the CDC board as president and CEO in December 2012. (READ: List of who’s who in the incoming Duterte Cabinet) Dominguez, on the other hand, was an agriculture secretary during the presidency of Cory Aquino.

Dominguez is a member of the Duterte transition committee that is vetting appointees to the Cabinet.

Duterte also said that his defeated running mate, Senator Alan Peter Cayetano, will be assigned a Cabinet post one year after the ban on appointments of candidates who ran in the 2016 elections. He said Cayetano will either be justice secretary or foreign secretary.

Duterte’s public appearance on Monday ended his hibernation after it became apparent that he was already the winner in the 2016 presidential race. He was scheduled to meet well-wishers, Cabinet appointees, and diplomats.

On early Monday, former defense chief Gilbert Teodoro arrived in Davao to meet with Duterte. He is reportedly being eyed for a Cabinet post, most likely the defense portfolio. – Rappler.com