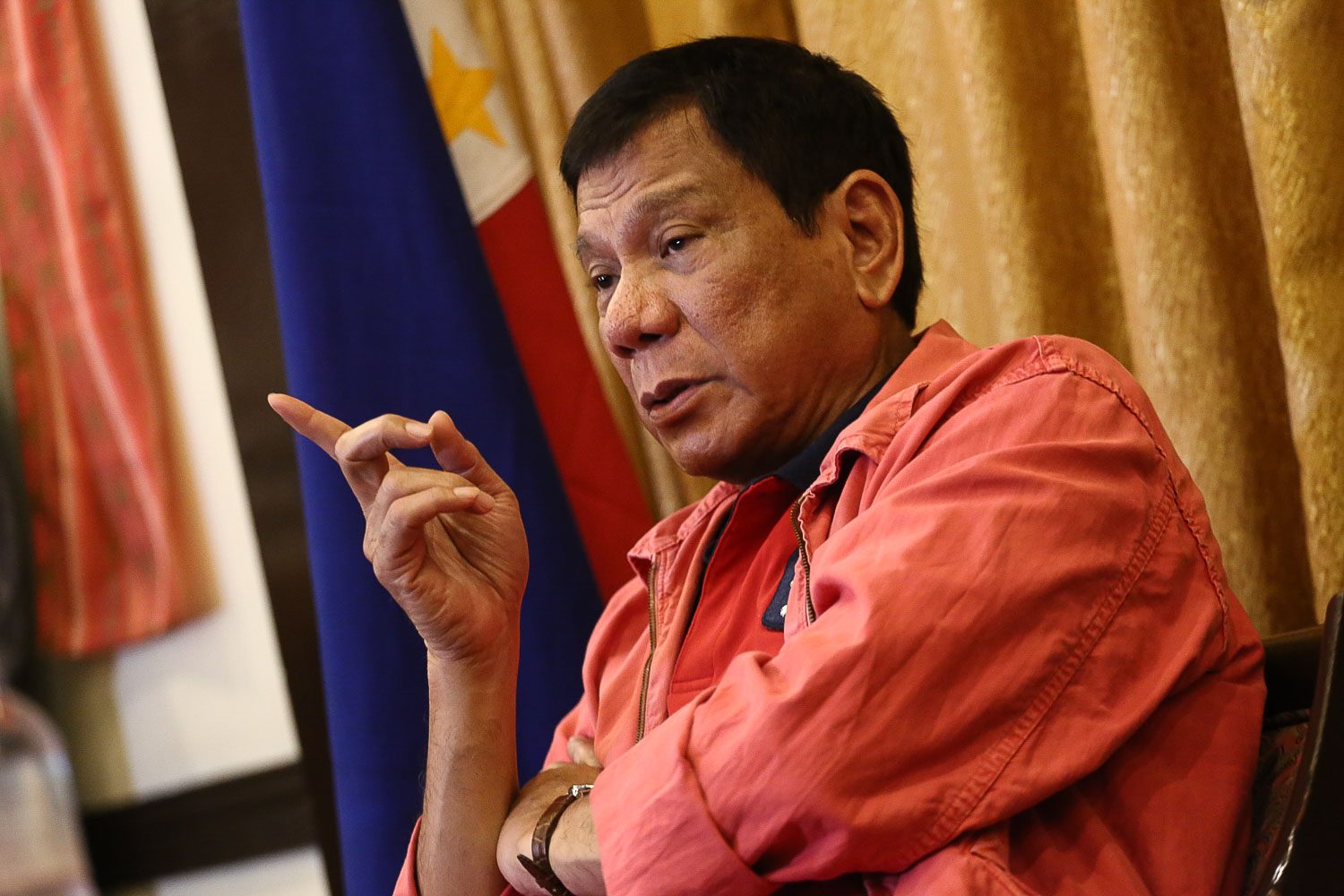 DAVAO CITY, Philippines – After the release of a Commission on Human Rights (CHR) resolution that Rodrigo Duterte violated the Magna Carta of Women with his rape remark, the president-elect accused the agency of “nitpicking.”

“That idiot is nitpicking. I told already in public how it happened. Then you keep on issuing a statement. Here I am, I’m about to enter the presidency. What do you want?” said the president-elect at a press conference on Wednesday, May 25.

Duterte reiterated his explanation that the controversial remark that sounded like an offensive joke to many was actually just part of his retelling of the hostage-taking incident in 1988. The rape of an Australian missionary by the hostage-takers supposedly prompted him to utter the statement out of anger.

He called the statement a form of “gutter language” that was meant to ridicule the manhood of the hostage-takers.

Duterte said he had retold the incident during the campaign sortie to preempt people who were “digging up tapes” of the time when he first made the remark.

“Kaya inunahan ko na. Itong putanginang  [Commission on] Human Rights kumagat rin. Masipa ko sila eh. (So I tried to preempt them. This son of a bitch Commission on Human Rights bit the bait. I want to kick them),” he said.

The Davao City mayor also called CHR “too naive and too simplistic.”

He said he was merely “exercising my right to free expression, right to speech.”

While the CHR can comment on his statement, they are powerless to mete any serious punishment.

One of the agency’s “recommendations” was for the Civil Service Commission and the Department of the Interior and Local Government to “consider taking appropriate measures” on Duterte’s violation of the law.

The CHR, which had acted on the complaint of women’s groups against Duterte, found the latter’s words and actions to be “discriminatory of women.”

Gascon also noted that the commission’s constitutional duty is to protect human rights and to “call out persons when these rights are violated no matter what their position in society may be.” – Rappler.com