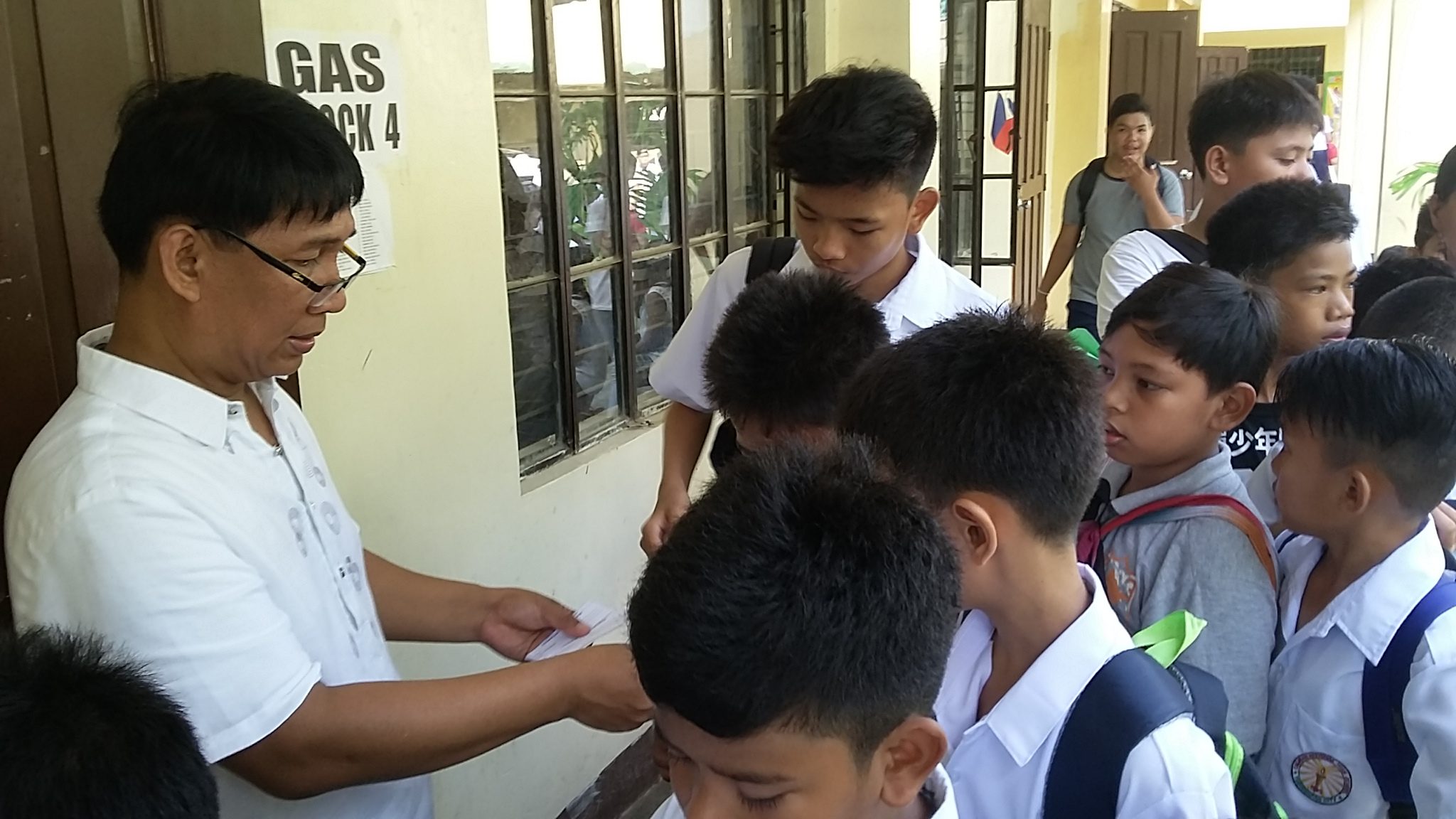 Facebook Twitter Copy URL
Copied
The number of enrollees in senior high is almost double the number of Grade 10 completers in the city. Many of the enrollees come from neighboring provinces.

CAGAYAN, Philippines- Department of Education (DepEd) officials in Tuguegarao City welcomed the “unusual” and unexpected number of enrollees for the senior high school (SHS) program, which was rolled out nationwide on Monday, June 13.

In an interview, DepEd-Tuguegarao Division supervisor Leila Areola said the number of enrollees in Grade 11 in both public and private high schools is almost double the number of Grade 10 completers in the capital city here.

“Our situation here in Tuguegarao is different from the other divisions because some of them are looking for the [targeted] 60% enrollees. Here, we even surpassed 100%,” Areola told Rappler.

Areola said 4,551 students enrolled for Grade 11 in both public and private schools in Tuguegarao, compared to only 2,971 students who completed Grade 10.

She explained that many of the SHS enrollees here come from different provinces in the Cagayan Valley region and even provinces in nearby regions.

The big number, Areola clarified, also does not necessarily mean that all of the 2,971 Grade 10 completers in Tuguegarao enrolled in senior high school.

“For those who did not enroll, we will try our best to encourage them to go back to school,” she said in Filipino. (READ: Senior high school: No youth left behind?)

As of Monday, the education department said there were only 530,000 enrollees in the SHS program across the country, against the projected 1.5 million. This was because many schools had yet to encode their enrollment into the Learner Information System of the Department of Education (DepEd). (READ: PH rolls out senior high’s Grade 11 nationwide)

DepEd expects “more solid” figures by the end of the week.

A total of 55 classrooms were built for senior high school in Tuguegarao.

But Areola admitted that not all SHS classrooms were completed in time for the opening of the classes, so classes will be held in other school buildings. This is the case at the Cagayan National High School (CHNS).

At CNHS, the province’s premier secondary school, 865 of the 1,332 Grade 10 completers, or 68% of the completers, enrolled in senior high school.

But Esmeralda Ugaddan, the acting principal, said the remaining 32% might have enrolled in private senior high schools.

CNHS is one of the 4 secondary schools in the city offering K to 12.

According to Ugaddan, 3 of the 4 tracks offered in senior high schools were rolled out at CNHS. She said CNHS is the only school in Cagayan province that offers the sports track.

“We have full absorptive capacity. We welcome all who would like to enroll [in the sports track],” Ugaddan said.

She said that of the 3 tracks offered – Academic, Sports, and Technical Vocational Livelihood – it’s TVL that has the most number of enrollees. – Rappler.com