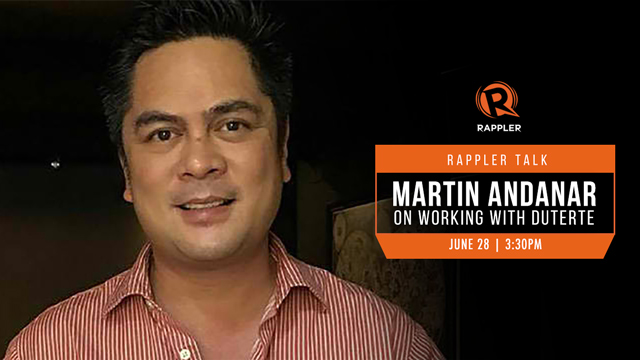 Among Andanar’s plans is to continue the Sunday TV program “Gikan sa Masa, Para sa Masa” (From the Masses, For the Masses), which Duterte hosts in Davao City, and to air it nationwide. He has also brought up the idea of printing a tabloid.

He will also oversee the live Facebook broadcast of Duterte’s inauguration – a first in the Philippines, and coming on the heels of a president campaign that heavily depended on the social network in disseminating its message.

What communications innovations can we expect from the incoming administration? How do the government networks intend to engage the public, given Duterte’s vow not to speak to the media?

Watch the recording of the interview here. – Rappler