LIVE: Inauguration of Rodrigo Duterte, 16th President of the Philippines 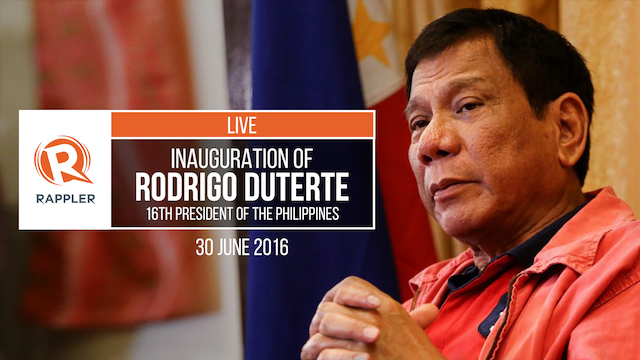 MANILA, Philippines – On Thursday, June 30, the country will usher in its new head of state: Rodrigo Duterte, the 16th President of the Philippines.

Duterte, who was the mayor of Davao City for more than two decades, clinched a landslide victory in the May polls. He ran on an anti-crime platform, promising to curb drugs and corruption, and rose to power despite the controversies that have hounded him.