Suarez vs Tiangco: Who will UNA back as House minority leader? 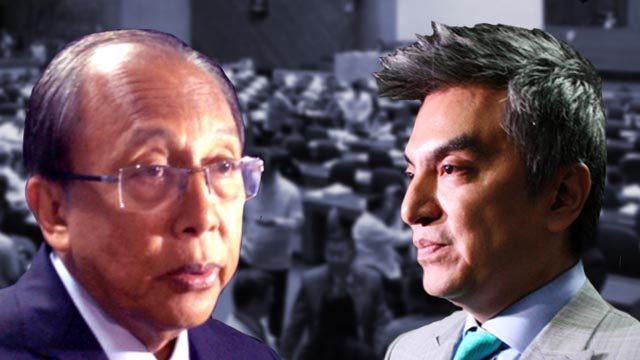 MANILA, Philippines (UPDATED) – The United Nationalist Alliance (UNA) will challenge the Liberal Party’s (LP) bid to lead the minority bloc at the House of Representatives, a party stalwart said on Wednesday, July 20.

“We will fight the Liberal Party for the minority, with myself as minority leader,” Quezon 3rd District Representative Danilo Suarez.Suarez said in a phone interview on Wednesday.

But UNA president and Navotas Representative Toby Tiangco  contradicted Suarez’s statement, telling Rappler that the party will only finalize its decision in a meeting on Saturday afternoon, July 23.

According to Suarez, who was House minority leader from 2012 to 2013, UNA already has 14 to 15 representatives on its side, “including some sympathizers.”

Tiangco, however, only listed 7 UNA members at the House apart from himself and Suarez:

About 30 to 35 LP members will fight to form the minority bloc, with the outgoing Speaker,  Quezon City 4th District Representative Feliciano Belmonte Jr, as its candidate for House minority leader.

“With 14-15 [that Suarez said], I don’t think UNA can beat the SB-led LP,” said Tiangco, who had considered gunning for the minority leadership, but added that Belmonte in the running, he was giving up his bid.

Albay Representative Edcel Lagman, an LP stalwart, earlier warned against a Suarez-led minority bloc, saying it would be “subservient” to PDP-Laban’s so-called “supermajority” bloc at the HOR.

Tiangco tagged this as “misinformation.”

Rappler reached Alvarez for comment, but he has not replied as of posting.

Suarez earlier sold the idea to Alvarez, that a minority bloc with him at the helm would be more “supportive” of PDP-Laban than an LP-led House minority.

“Samantalang ‘pag binigay mo ‘yan sa mga Liberal, para kang dadaan sa butas ng karayom. Pahihirapan ka, inch by inch (If you give the minority to the Liberals, it will be like passing through the eye of a needle. They’ll give you a hard time, inch by inch),” Suarez said.

To this, Tiangco said: “The minority leadership should be chosen by those who form part of the minority and should not be dictated upon by the Speaker. The minority should be won by getting the support of those who really want to fiscalize and not by votes given by the speaker from members of the majority they want to lead a company union type of minority.”

By tradition, the runner-up for House speaker usually becomes the minority leader. – Rappler.com