Duterte to tap Alunan as envoy to China if Ramos declines 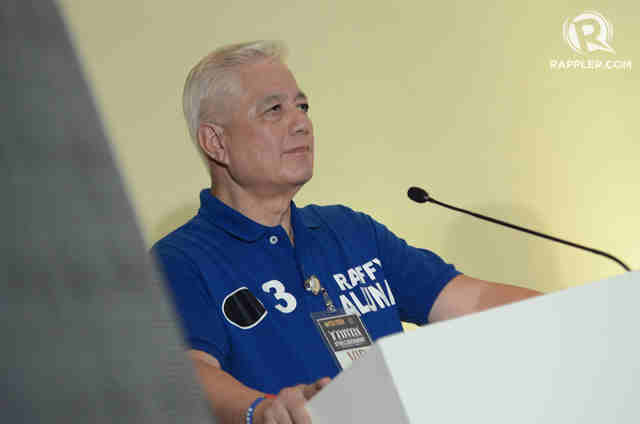 Duterte announced this during a speech on Friday, July 22, in Camp Siongco in Maguindanao.

(If President Ramos says he cannot do it, I will appoint Alunan, the DILG Secretary, he’s good.)

Duterte had previously asked Ramos to represent him in bilateral talks with China. But Ramos had hinted he might decline, citing his age and other commitments.

“‘Yun na lang ang pampalit (He is the substitute), he knows his business,” said Duterte about Alunan.

Alunan was interior secretary under the Ramos administration. Before that, he was Ramos’ tourism secretary.

He ran for senator in the 2016 national elections and was among the group of senatorial candidates Duterte endorsed. Alunan was often seen at Duterte’s sorties and gave speeches before Duterte’s arrival.

It will be interesting to see how Alunan fares as Philippine envoy to begin bilateral talks with China when he has participated in protests against China’s “bullying” in the West Philippine Sea (South China Sea).

“There’s nothing China is holding on to except the fiction that they own the South China Sea and nobody believes them,” he said in one interview.

In comparison, Ramos, who served as president from 1992 to 1998, is known to favor close ties with China.

Ramos recently said he may accept Duterte’s offer if he is in good enough health to carry out the task.

He also said he needed to consult with his family and get a medical clearance.

Duterte and Ramos are scheduled to meet this weekend to discuss the matter. – Rappler.com