Alvarez to PDP-Laban lawmakers: Bring back trust in Congress 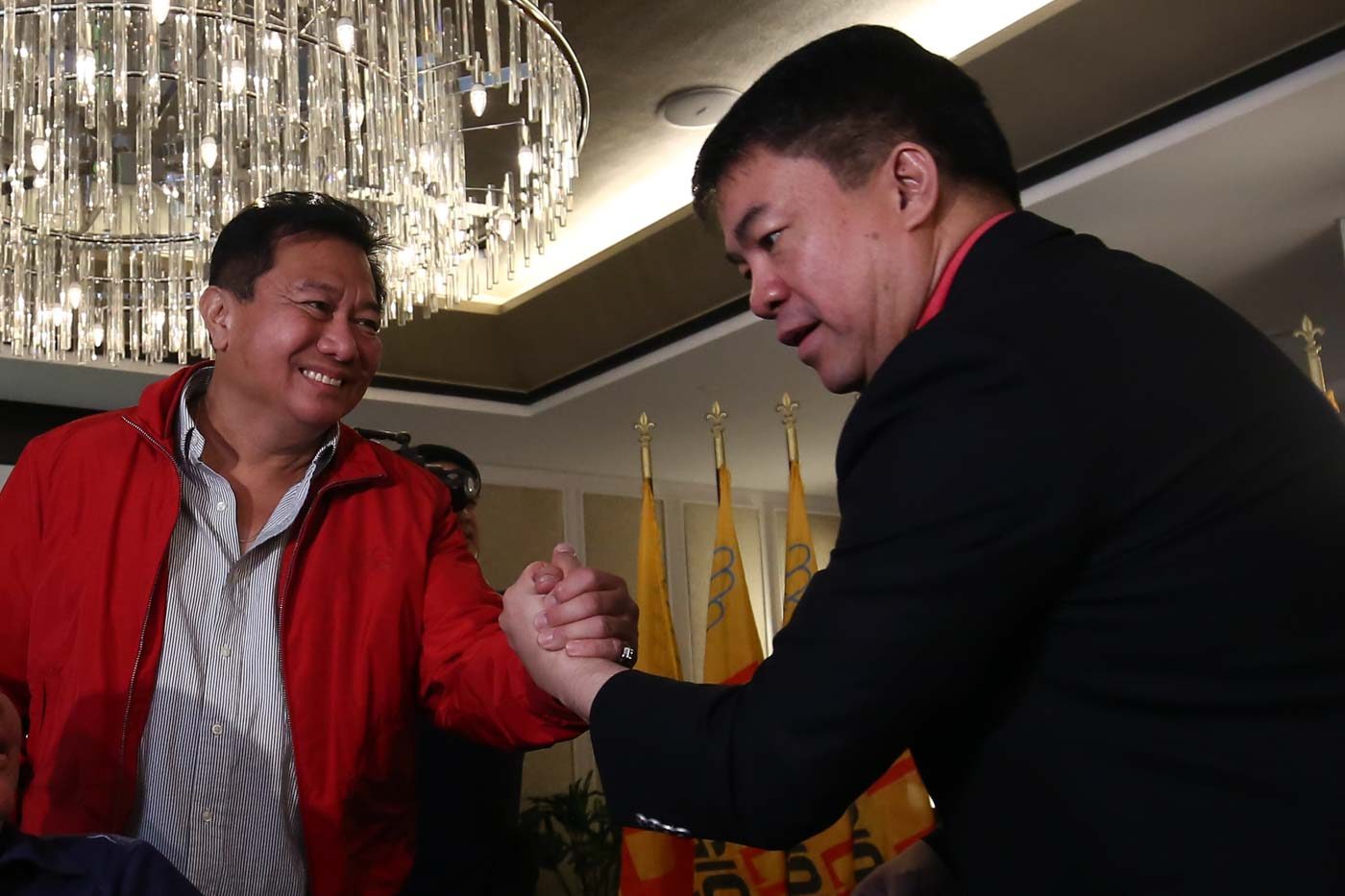 “If I am elected as speaker, I hope that under my leadership, we will work together to raise the trust rating of Congress. Let’s improve the people’s trust in the House of Representatives,” Alvarez said in Filipino.

He hosted a luncheon meeting for around 80 of the 100 PDP-Laban lawmakers at the Makati Diamond Residences on Friday, July 22.

“That’s why we should focus on legislation that will help people,” added the congressman of Davao del Norte’s 1st district.

In the Pulse Asia Ulat ng Bayan survey released on April 4, the House of Representatives registered the lowest approval rating among the top 3 government institutions at 41%. The Supreme Court got 52% while the Senate received 49%.”

Alvarez said he wants Congress to once again pass into law the bill seeking a P2,000-pension hike for Social Security System (SSS) members. It was passed by the previous Congress but then-President Benigno Aquino III vetoed it.

The bill’s proponents tried to convince the 16th Congress to overturn Aquino’s veto but to no avail.

Alvarez also wants the Freedom of Information (FOI) Act’s passage, even as President Rodrigo Duterte plans to issue an executive order on it by next week.

Duterte’s PDP-Laban endorsed Alvarez’s bid for the speakership, prompting several lawmakers to jump ship or for other parties to sign coalition agreements with PDP-Laban to join the “supermajority” bloc.

Alvarez refuses to call today's mtg as a show of force days before Duterte's SONA. pic.twitter.com/0X1rgo8YpP

In his speech, the presumptive House Speaker called on his party mates to support the President’s legislative agenda as well.

“We have priority bills that we need to pass at the soonest possible time. They include addressing the traffic crisis in Metro Manila and Metro Cebu,” said Alvarez.

He was referring to Duterte’s intent to request from Congress emergency powers to address the perennial problem of urban traffic congestion.

Another priority measure is Alvarez’s joint resolution calling for a Constitution Convention (Con-Con) to amend the Constitution for a shift to a federal form of government.

“It’s going to be a Constitutional Convention because Duterte doesn’t want people to suspect that he is trying to influence Congress,” said Alvarez.

A Con-Con is a body separate from the incumbent lawmakers that will decide which parts to amend in the Constitution. They are usually elected through popular vote but they may also be appointed. (READ: How do you want to elect your Con-Con delegates?)

PDP-Laban representatives were also called to support Alvarez’s bills seeking to restore the death penalty for heinous crimes as well as to lower the minimum age of criminal responsibility from 15 to 9 years old.

At least two senators opposed these bills, saying a scenario may arise in the future when a 9-year-old is convicted with life imprisonment or even death.

(Lowering the minimum age of responsibility for youth offenders does not mean that when they are convicted, they will be imprisoned with hardened criminals. They will be rehabilitated.)

“We have to make them realize that they have a responsibility to society…. They need to understand that what they did was wrong,” he said.

“So sana magtulungan tayo at magkaisa para suportahan ‘yung ating Pangulo,” Alvarez said. (So let’s help each other and become united in supporting the President.) – Rappler.com