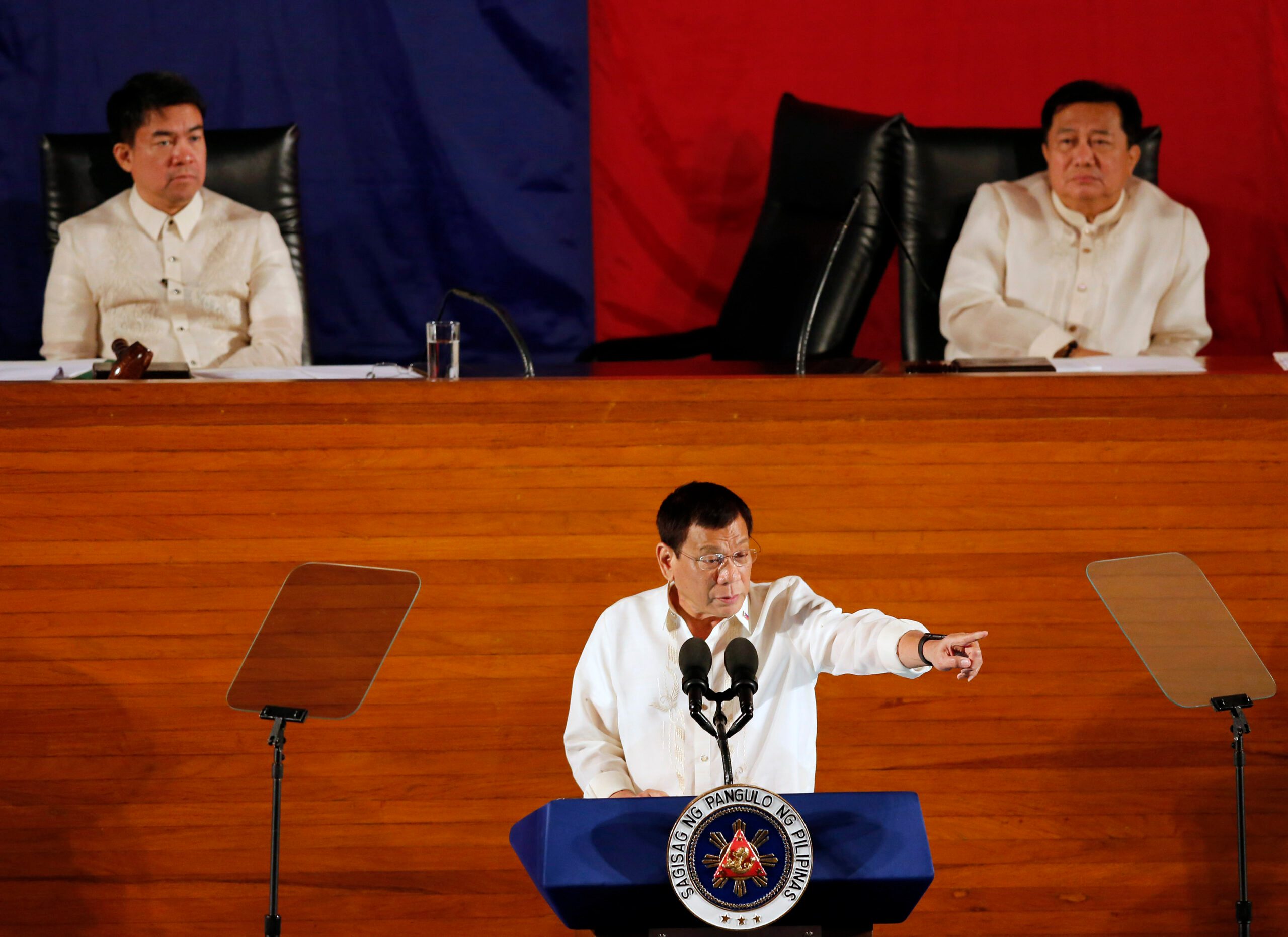 MANILA, Philippines – President Rodrigo Duterte on Monday, July 25, warned “non-performing” local government units (LGUs) that they stand to lose their deputization over local police forces should they failed to “perform their supervision functions.”

“The DILG (Department of the Interior and Local Government) is also directed to strictly monitor how LGUs perform their supervision functions of the police, and those found not performing will be sanctioned, including the loss of police deputation from the Napolcom (National Police Commission),” said Duterte during his first State of the Nation Address (SONA).

Duterte was talking about the role of local executives in the government’s “war” against illegal drugs, crime, and corruption.

To date, the police have killed over 300 drug suspects in operations around the country. Another 129,753 drug users and pushers have also surrendered to authorities as part of a nationwide campaign to identify and eventually rehabilitate those involved in the illegal drug trade.

Local chief executives – mayors and governors – are deputized by the Napolcom within their jurisdictions. Governors have the power to pick their provincial director from a list provided by the police regional director and implement their public safety plans.

Mayors pick their city or municipality chiefs from a list provided by provincial police chiefs. They also have “operational supervision and control” over police units in their area.

Governors and mayors can also discipline local police forces, among other things.

In a press briefing held before the SONA, Philippine National Police (PNP) chief Director General Ronald dela Rosa admitted that while most regional and provincial units had performed well in the police’s drive against illegal drugs, there were those that didn’t because of unsupportive local chief executives.

Dela Rosa said the PNP will be holding a evaluation of commanders – from regions, districts, down to precincts – by the 2nd or 3rd month of their campaign against illegal drugs.

The police chief also blamed commanders who were only after the “perks” of the job for lackluster numbers.

Section 52 of the Republic Act 6975 or the DILG Act of 1990 states that the President, “upon consultation with the provincial governor and congressman concerned, [may] suspend the power of operational supervision and control of any local executive over police units assigned or stationed in his jurisdiction” if the chief executive had too many absences, abused authority, was in cahoots with criminals, or engaged in “acts inimical to national security or which negate the effectiveness of the peace and order campaign.” – Rappler.com