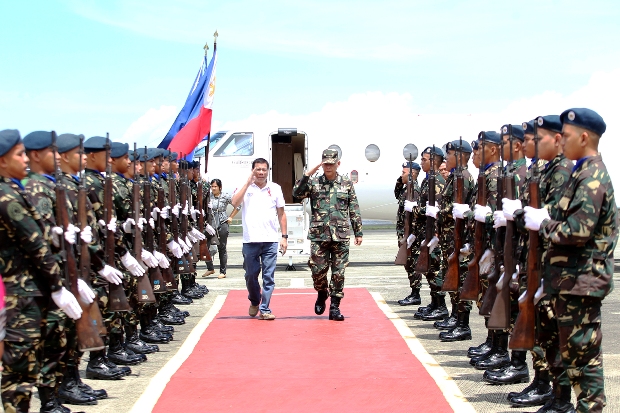 MANILA, Philippines – President Rodrigo Duterte will discuss the country’s next moves after the Hague ruling on the Philippine claim in the West Philippine Sea (South China Sea) when he convenes his first National Security Council meeting on Wednesday afternoon, July 27.

The meeting is scheduled to take place at 3 pm on Wednesday at Malacañang Palace.

“The President will lead the NSC in a multipartisan dialogue in order to agree on vital policies and strategies on important matters, including the recent ruling of the Permanent Court of Arbitration on the West Philippine Sea,” Malacañang said in a statement.

The meeting will take place after the courtesy call of US Secretary of State John Kerry who is also expected to take up the Hague ruling with Duterte.

Since the ruling was released on July 12, the world has been awaiting the Duterte administration’s next move. So far, Foreign Secretary Perfecto Yasay Jr has brought up the ruling in two regional summits in Asia – at the Asia-Europe Meeting (ASEM) in Mongolia, and at the 49th ASEAN Foreign Ministers’ Meeting and Related Meetings in Vientiane, Laos.

Former president Fidel Ramos has agreed to be Duterte’s envoy to jumpstart talks with China regarding the dispute.

Aside from the West Philippine Sea, other topics for discussion at the NSC meeting are the peace processes with communist rebels and the Moro Islamic Liberation Front, and the war on drugs.

Chief Peace Adviser Jesus Dureza will present an overview of the Road Map for Peace and Development earlier approved by the President, Malacañang said.

Philippine Drug Enforcement Agency (PDEA) chief Isidro Lapeña is expected to give an update on the campaign against illegal drugs.

The NSC, chaired by the President, has among its members Congress leaders and key Cabinet members, the Vice President, and past Philippine presidents. – Rappler.com