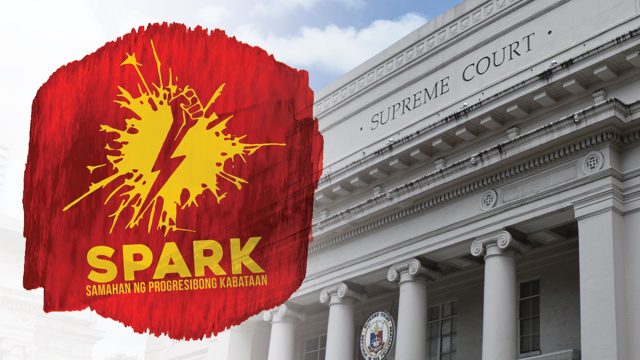 Facebook Twitter Copy URL
Copied
But Quezon City Mayor Herbert Bautista defends barangays' right to enforce their own curfew ordinances, and denies allegations that the city is trying to circumvent the TRO

MANILA, Philippines – A youth group criticized the Quezon City government for insisting that curfew can still be implemented at the barangay level despite a Supreme Court (SC) order stopping the imposition of curfew ordinances on minors in the city, Manila, and Navotas City.

In an earlier radio interview, Bautista pointed out that the TRO only covers the city ordinance, but barangay officials can still enforce curfew if there are existing barangay ordinances mandating it.

But Spark spokespeson Joanne Lim criticized Bautista’s statement, calling it a “deliberate and malicious” maneuver to undermine the authority of the High Court.

The SC had issued the TRO in response to the petition filed by Spark, which sought to declare unconstitutional the curfew ordinances in 3 cities in Metro Manila because these were “vague, unjust, and repressive.” The group also argued that the ordinances curtailed a person’s right to liberty and travel.

“He is promoting a clear and sneaky circumvention of the TRO issued by the Supreme Court by saying the city won’t implement curfews but the barangays can still implement their own,” he said.

Falcis added, “If a city does not have the power to implement curfew, more so its component barangays under the direct control and supervision of the city government.”

Spark also claimed that they have received information regarding attempts to allegedly skirt the TRO by having barangay ordinances for the imposition of curfew to be immediately drafted and prioritized for inclusion in the next session of the barangay council.

“In the guise of protecting children and the youth and establishing peace and order, Mayor Bautista’s fixation cannot lord over our constitutionally-guaranteed rights. This is precisely our motivation why we sought the High Court’s intervention in the first place,” Lim said.

But in a statement on Thursday, Bautista denied allegations that the city government is circumventing the SC ruling.

He also stood firm on his earlier statement defending barangays’ right to enforce their own curfew ordinances and round up minors that defy the orders.

“Barangay governments are authorized to promulgate ordinances within their political territories. We in the Quezon City government are not influencing the barangays or even circumventing the law and the order of the Supreme Court. The counsel of the petitioners know that the TRO only covers the ordinances of Manila, Navotas and Quezon and not the barangay ordinances,” he said. – Rappler.com