Duterte: Use of military camps as rehab centers temporary 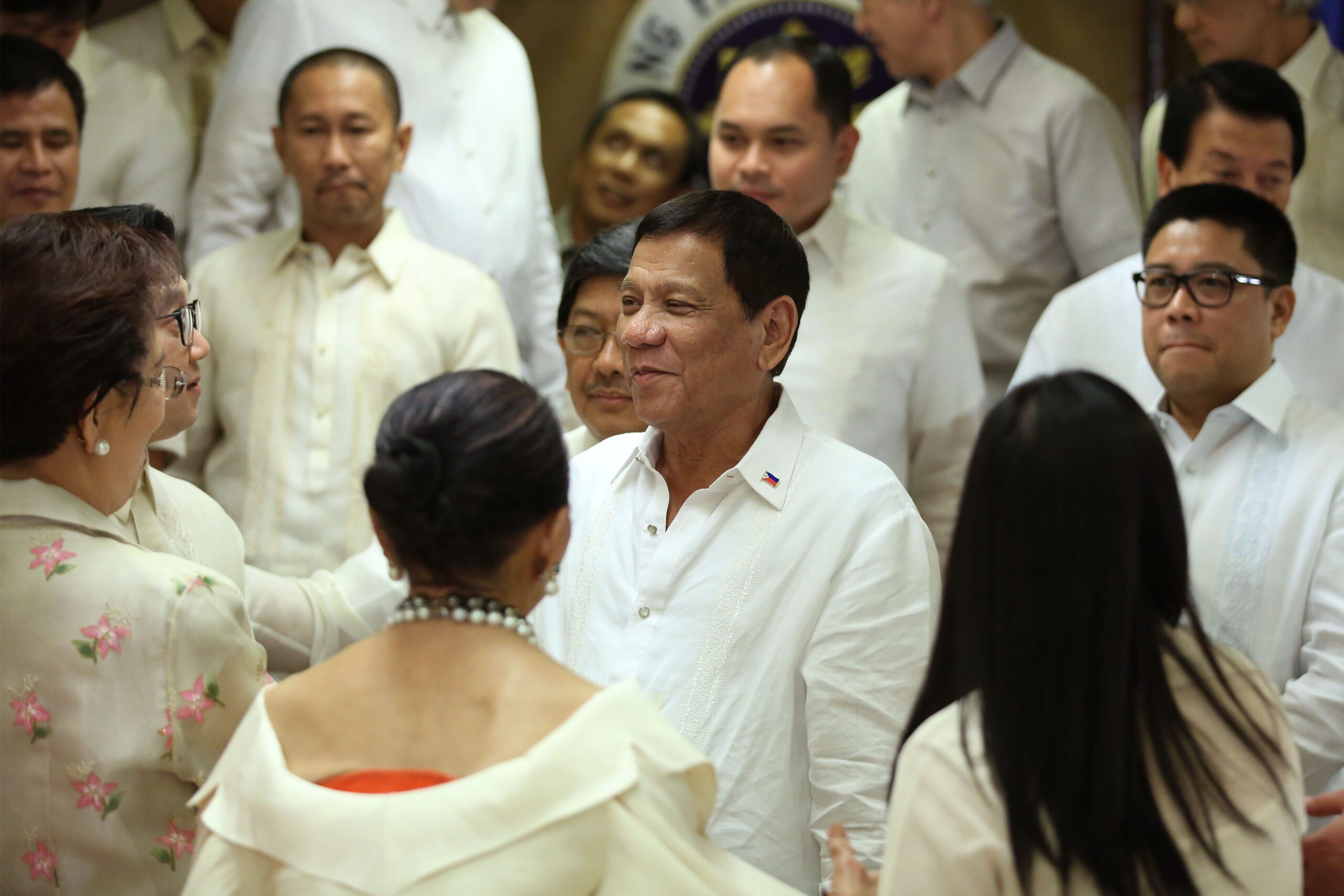 MANILA, Philippines – President Rodrigo Duterte has elaborated on his plan to use military camps as rehabilitation centers, saying the arrangement is temporary until dedicated centers are built.

“But eventually, [the drug addicts] have to move out. [AFP] Chief of Staff, sir, I assure you that just try to help us for the time being until such time we are able to build talagang (real) rehab centers all over the country and it would take time and money,” Duterte told local government officials on Wednesday, July 27.

Duterte was speaking to newly-elected officials of the League of Cities and Provinces, some of whom are local executives who have been dealing with the thousands of drug addict surrenderees.

The President said the use of military camps to house drug addicts is only a “stop gap measure.”

“Just to come up with something that is viable, lagay lang natin sa mga kampo muna (let’s put them in camps firsts),” he said.

Duterte even described how the area for drug addicts will look like.  “High wire lang para, buti ‘yan para matakot man sila (Let’s use high-wire fences so they get scared),” he said.

Drug addicts will be confined in such rehabilitation centers on the same legal basis that allows authorities to arrest “insane people,” the President said.

“The legal basis is we take him in for his own protection. That’s why we are allowed to arrest insane people for compulsory confinement. It is to protect him from harm and to protect the public,” he explained.

Some 130,000 drug suspects have voluntarily surrendered all over the country, according to the Philippine National Police. Local governments are struggling to find the resources to rehabilitate them or at least keep them off drugs.

Duterte said military camps are ideal locations because of their large land area.

The Armed Forces of the Philippines has welcomed Duterte’s plan to use their facilities. – Rappler.com