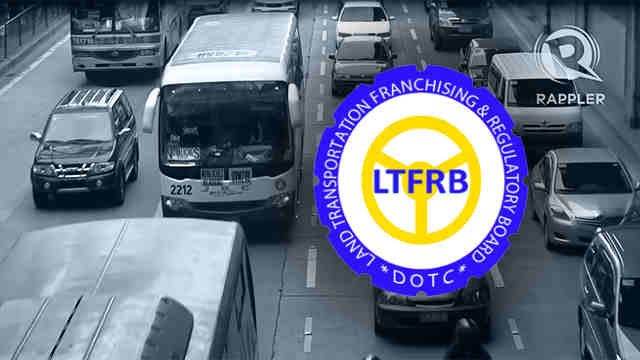 Facebook Twitter Copy URL
Copied
UV Express shuttles 'are not allowed to traverse EDSA, except when crossing the same,' according to a new LTFRB circular

MANILA, Philippines – The Land Transportation Franchising and Regulatory Board (LTFRB) has banned UV Express shuttles from traversing EDSA, except when crossing the major thoroughfare.

The LTFRB signed on Thursday, July 28, Memorandum Circular No. 2016-009 in a bid to ease traffic congestion in Metro Manila “which has reached crisis proportion, particularly along Epifanio Delos Santos Avenue (EDSA).”

Under the new circular, UV Express shuttles may traverse the shortest or most convenient routes to get to their destinations, “provided, however, that UV Express services are not allowed to traverse EDSA, except when crossing the same.” The new memorandum amended Memorandum Circular No. 2009-019, which removed the restriction on the UV Express routes.

The memorandum circular will take effect immediately following its publication in a newspaper of general circulation. – Rappler.com