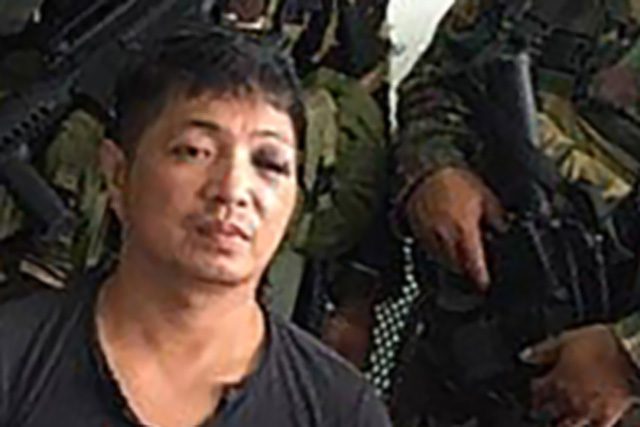 Facebook Twitter Copy URL
Copied
Former Magdalo party-list Representative Ashley Acedillo says it is a disservice to soldiers and reservists to be associated with 'someone who, clearly, should not have been accepted into reservist training'

MANILA, Philippines – A former lawmaker urged the media and the public to stop referring to the suspect in a road rage slay incident as an “Army reservist,” saying this was a disservice to soldiers and reservists.

In a statement on Friday, July 29, former Magdalo party-list Representative and retired Air Force pilot Ashley Acedillo said the suspect, Vhon Tanto, was a civilian and not an active duty reservist during the incident last July 25, which was caught on closed circuit television camera footage.

Acedillo said it was unfair to soldiers and reservists to be associated with the suspect tagged in the killing of cyclist Mark Vincent Geralde.

(He was not on duty as a reservist nor did he come from an activity or training that had anything to do with being a reservist at the time of the shooting.)

He added, “It is also unfair to the men and women in uniform who are wrongly associated with someone who, clearly, should not have been accepted into reservist training, given the uniform, and allowed to be associated with the noble profession of arms.”

Tanto, who was caught in Masbate on Friday, is the primary suspect in the shooting of Garalde, following a fistfight in Quiapo, Manila on July 25.

CCTV footage showed Tanto getting into his car after the fight and retrieving a gun, which he used to shoot the cyclist at close range.

The Armed Forces of the Philippines (AFP) has confirmed that Tanto is an Army reservist, with the rank of Private.

But Acedillo pointed out that Tanto is no longer active.

“According to official statements of the AFP itself, Tanto had been remiss in his duties as an inactive reservist (as opposed to active reservists performing full time duties in the Armed Forces) whose duties must include reporting to his reservist unit, which he has not done since the last time he did so in January 2015,” Acedillo said.

He added that referring to Tanto as an Army reservist undermines the efforts of other reservists who have volunteered their time and efforts for the country. – Rappler.com