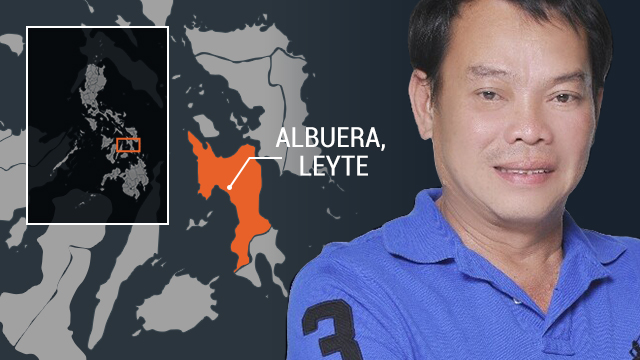 MANILA, Philippines – Rolando Espinosa Sr, the mayor of Albuera town in Leyte suspected of involvement in the illegal drug trade, has surrendered, according to Presidential Spokesman Ernesto Abella.

“Mayor Espinosa has surrendered and [is] now under custody of Gen  Dela Rosa,” said Abella in a statement sent to media on Tuesday, August 2.

Espinosa’s surrender comes a day after President Rodrigo Duterte issued a “shoot on sight” order should Espinosa resist arrest and refuse to surrender within 24 hours.

Espinosa is being suspected of drug trafficking and coddling drug lords after P1.9 million worth of shabu was discovered in a tennis court near his home during a police buy-bust operation in Albuera last Thursday, July 28.

Five of his staff, including his two bodyguards, were arrested. – Rappler.com