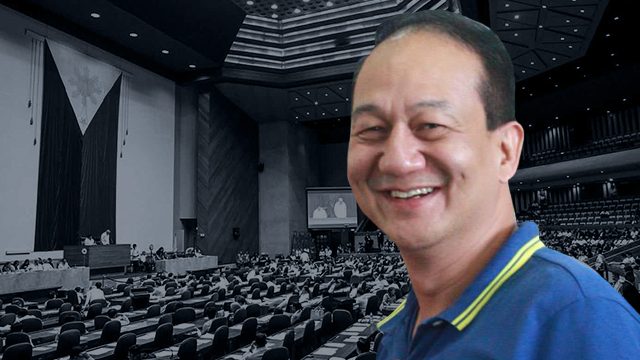 MANILA, Philippines – Another proposal on amending the 1987 Constitution to make way for a federal system in the country was put forward by Davao Oriental 2nd District Representative Joel Mayo Almario.

Through his House Concurrent Resolution Number 5, Almario wants the 17th Congress to convene as a Constituent Assembly (Con-Ass) for just one month to include the Constitutional Commission (Con-Com) as another legal mode for Charter Change.

“This proposed Concurrent Resolution will allow the present members of the 17th Congress to constitute themselves as an assembly and, acting as a Constituent Assembly, will spend no longer than one (1) month to amend only Article XVII of the 1987 Constitution by introducing the 4th mode which is the Constitutional Commission mode of amending or revising the constitution,” said Almario.

Article XVII of the 1987 Constitution currently allows 3 modes to amend the charter:

A Con-Com, wherein the President appoints experts and constitutionalists to form a body that would draft a new Constitution, is not currently recognized by Philippine law to make any constitutional amendments.

Under Almario’s proposal, the Con-Ass should include a provision in the 1987 Constitution mandating the President to appoint 100 Con-Com members, with two coming from every region and 64 of the “most learned and knowledgeable experts coming from bona fide and legitimate sectors of society.”

The Con-Com’s addition as a legal mode for Charter Change would be subjected to a plebiscite among Filipino voters to be held alongside the October 2016 barangay elections.

If a majority of voters approve, the 2016 Constitution is created, which Almario described as “actually interim in nature.”

The lawmaker then wants the Con-Com to draft the new Constitution paving the way for federalism from January to May 2017. Another plebiscite will be held by September 2017. (READ: How many states should PH have under federalism?)

President Rodrigo Duterte and House Speaker Pantaleon Alvarez both prefer a Con-Ass because it is “cheaper and faster” compared to a Con-Con, which the President originally favored.

Some lawmakers and analysts, however, are doubting the 17th Congress’ ability and credibility to convene as a Con-Ass without sacrificing the passage of bills.

Alvarez has since suggested that Duterte issue an executive order creating a 20- to 25-member Con-Com that would draft a Constitution while Congress works on legislation.

This Con-Com, however, can only suggest amendments to the Con-Ass, which can accept, reject, or change the draft Constitution.