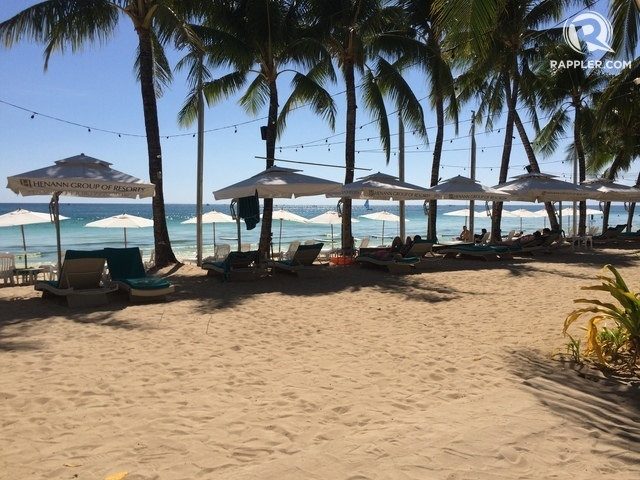 AKLAN, Philippines – South Korea and China are the top sources of international tourists to Boracay Island, according to government data on foreign visitors to the world-famous beach resort.

International tourist arrivals also rose by 29.47% to 558,014 from January to July, from 431,007 in the same period last year, the latest data from the Malay Municipal Tourism Office showed.

Malaysia accounted for the largest number of Boracay visitors from Southeast Asia, followed by Singapore with 6,790. Kuala Lumpur in Malaysia, and Singapore have direct regional flights to Kalibo International Airport.

Tourists from East Asian countries Japan, China, Hongkong, Taiwan, and South Korea made up more than half of the total international travelers to Boracay. They accounted for 429,800 arrivals or 77% of the foreign tourists.

Visitors from Southeast Asian countries, meanwhile, came in second with 28,333 visitors, followed by tourists from Canada, Mexico, and USA with 20,434.

The Department of Tourism (DoT) hopes to attract 1.7 million tourists by yearend, higher than the 1,560,106 total visitors to the island last year, with more cruise ships and direct international flights to Aklan province to facilitate this.

Tourist numbers from South Korea are also expected to increase in Boracay with the announcement of a direct international flight from Cebu Pacific. The new daily flight will connect Incheon, South Korea, to Kalibo, Aklan, beginning October 1.

She said this is a “manifestation that more Korean tourists recognize Western Visayas as their destination in the Philippines with Kalibo as the nearest gateway to Boracay Island.”

“Cebu Pacific gears toward bringing travellers for business and leisure to magnificent countries at the lowest fare in the market. The new Kalibo-Incheon route opens opportunities for passengers to explore must-see places in Incheon such as Wolmi-Do Island, Landing Memorial Hall and Jeondeungsa Temple, among others,” says Atty. JR Mantaring, CEB Vice President for Corporate Affairs.