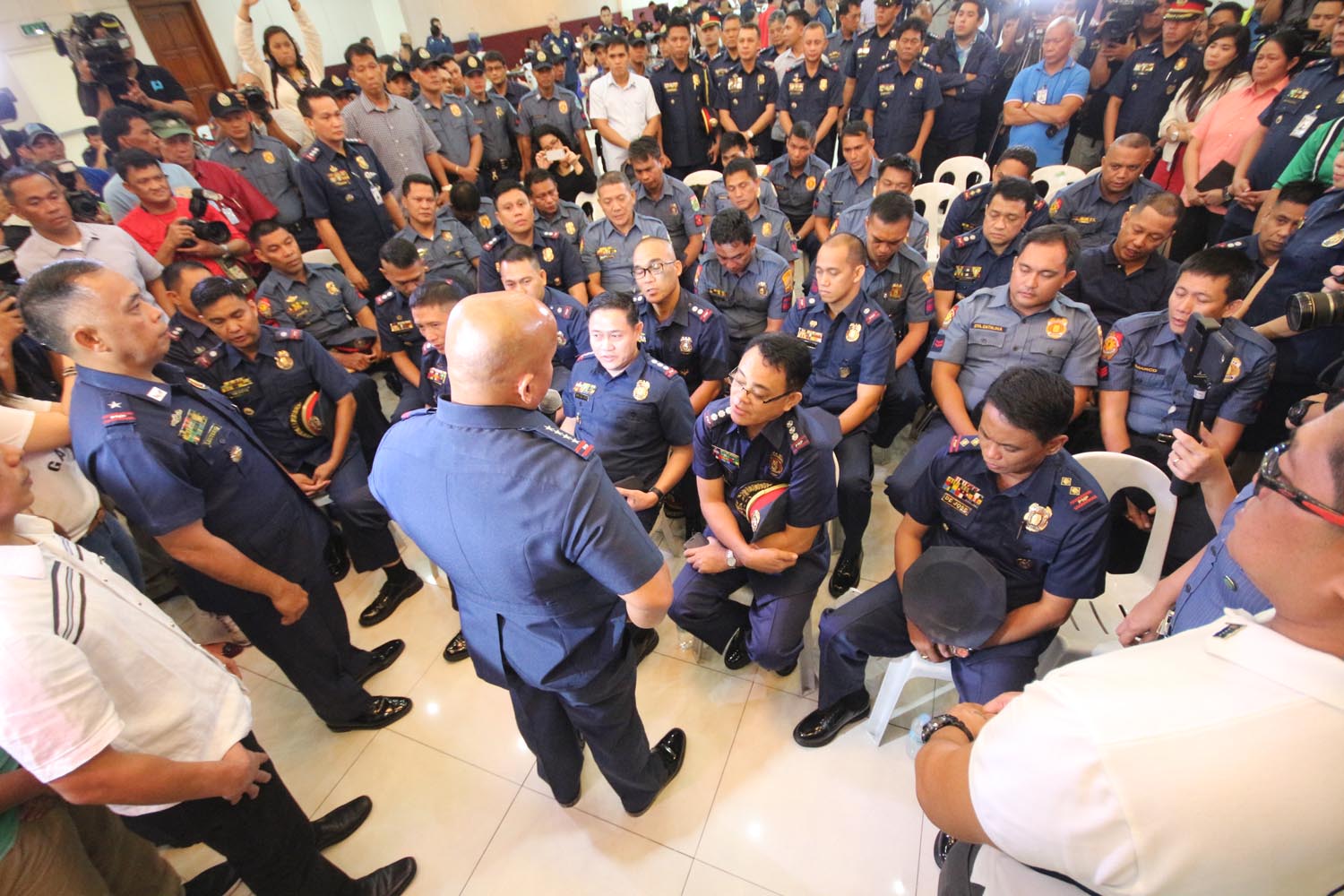 MANILA, Philippines – In his first month as chief of the Philippine National Police (PNP), Director General Ronald dela Rosa has been known mostly for his charm, candor, and humor.

But it was a visibly angry version of the police general that faced several of his personnel with alleged ties to the illegal drug trade on Monday, August 8.

On Monday, droves of politicians, PNP personnel, and members of the judiciary trooped to Camp Crame in hopes of clearing their names after they were publicly named by Duterte during a news conference early Sunday morning, August 7. (READ: Dead cop from Davao Region on Duterte list)

While Dela Rosa was calm when facing the mayors who had turned up, he was visibly irate when talking to the uniformed men, whose ranks ranged from Senior Superintendent to Police Officer 1. Having personnel involved in drugs, said Dela Rosa, is the “worst thing that can happen.” 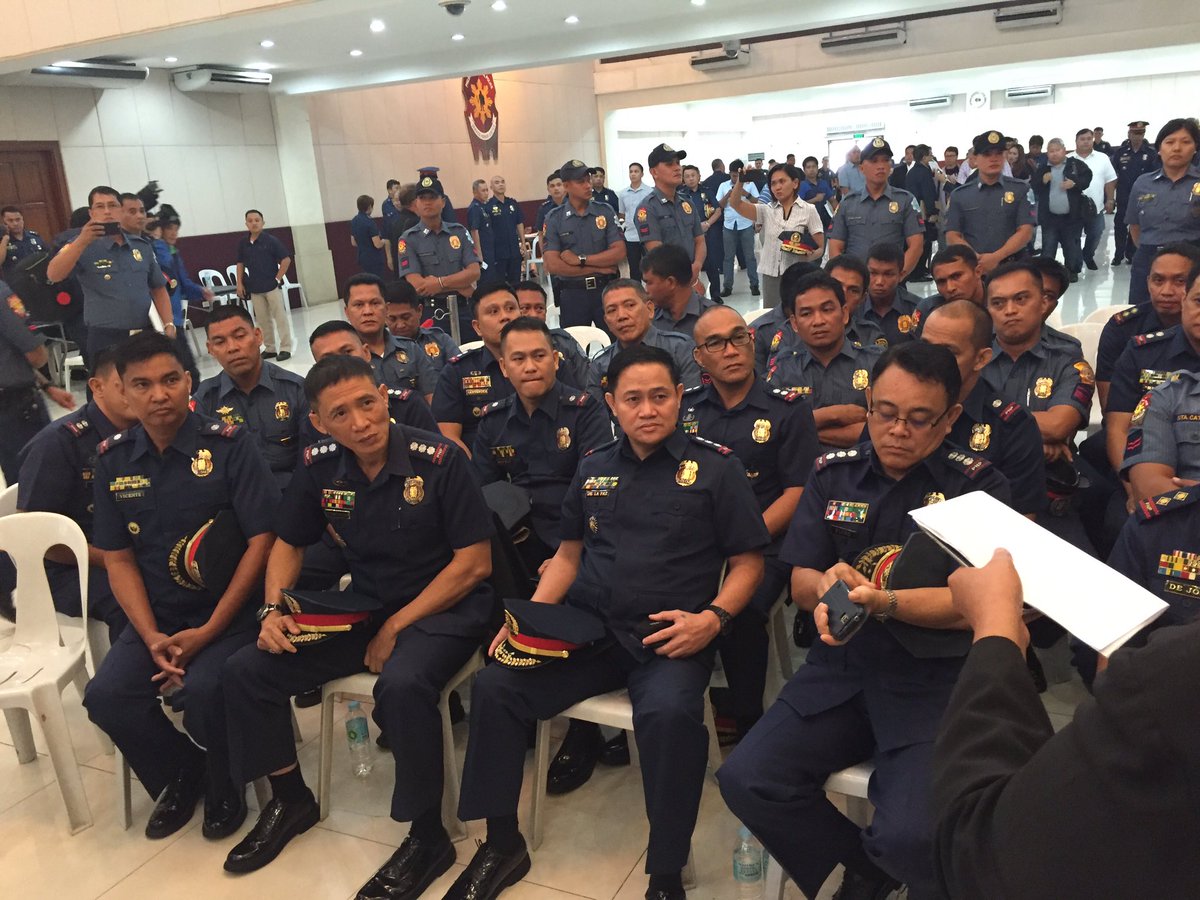 None of the cops who showed up admitted to being involved in the illegal drug trade. Several cops that Dela Rosa called out said they had, in fact, nabbed personalities linked to drugs.

The cops’ names, said Dela Rosa, mostly showed up in reports from the Philippine Drug Enforcement Agency (PDEA), which leads all anti-illegal drugs operations in the Philippines.

While Dela Rosa, like Duterte, is known for his tough stance against drugs, crime, and corruption, he is not the type to lose his cool in public.

(We should be the ones to solve the drug problem, but why are we making it worse? My God, have mercy. You’re shameful. I want to evaporate from the world, I want to die. I want to disappear because what’s happening is embarrassing. I am the chief of the PNP, I am leading the Philippine National Police with people who are part of drug syndicates. You have no shame, my God.)

He challenged the personnel to a fistfight, but none of the cops answered. “Will this be clear to everyone? Huwag tayong pasilaw sa pera (Do not allow yourself to be blinded by money),” Dela Rosa added.

While the politicians and judges named will undergo investigation by the Criminal Investigation and Detection Group (CIDG), the cops will be investigated by the Internal Affairs Service (IAS). (READ: FACT CHECK: One judge in Duterte list already dead for 8 years)

The IAS said the investigation will include checks on whether other police officials – higher-ups included – are also involved in illegal drugs. – Rappler.com