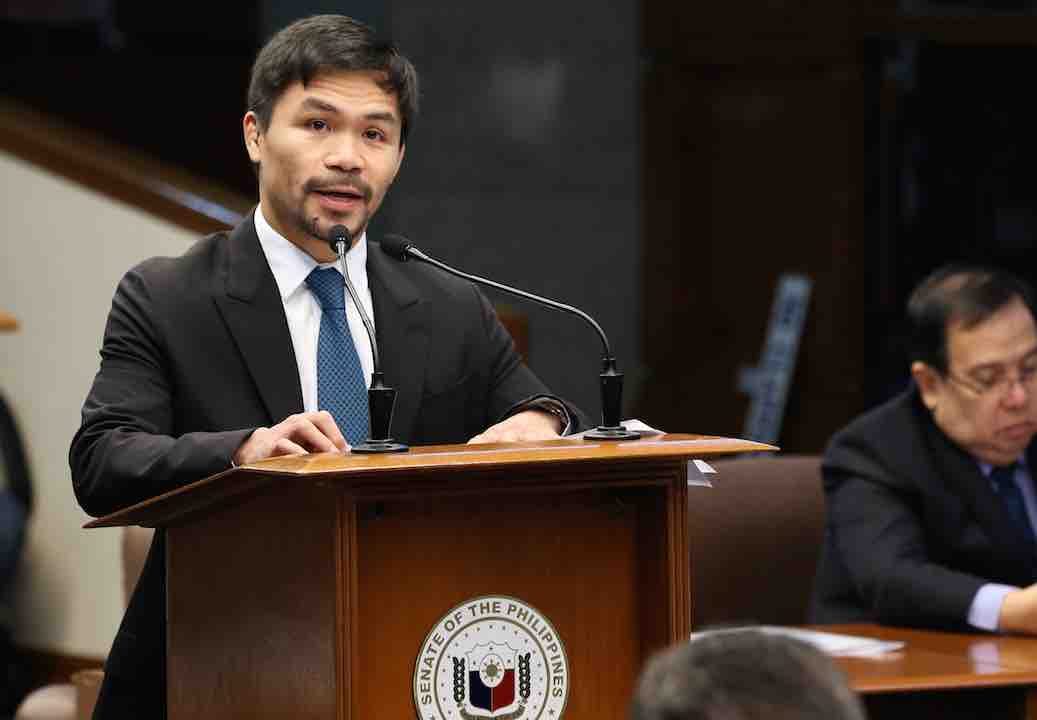 Senate Majority Leader Vicente “Tito” Sotto III was the first to interpellate Pacquiao on his views on the controversial death penalty.

He asked the world boxing champion which of the 3 modes he preferred the most – lethal injection, hanging, or firing squad.

Pacquiao initially answered he would just let Congress decide on the matter, saying all he wants is the revival of the death penalty.

But Sotto was not satisfied, saying the form of death penalty should be included in the law that Congress would pass.

(There are some who say it should be death by hanging, some say firing squad, there are those who are for lethal injection, I understand them. Hanging is the cheapest, followed by firing squad. Lethal injection and electric chair are the most expensive.)

Sotto then asked in jest, “Dahil mura o ano?” (Because those are cheap or what?)

“Sisipain lang po ‘yung upuan (You will just kick the chair),” Pacquiao said, eliciting laughter from Sotto and other people inside the session hall.

The young senator, at this point facing away from the podium, returned and joked some more: “Puwede lang po natin sabihin na natumba ang upuan e.” (We can just say the chair fell.)

This exchange did not sit well with Senator Francis Pangilinan.

Before ending his interpellation, Pangilinan took the opportunity to call out his colleagues for making fun of ending other people’s lives.

(Just one more point: Earlier perhaps out of levity, to let go of the nervousness, I was concerned that you were laughing in the gallery about the topic of death penalty. For me, the lives of our countrymen should not be a laughing matter. I hope we can be more sensitive in talking about ending other people’s lives.)

(Maybe it was caused by nervousness, we were laughing, but I hope we’ll avoid making jokes about others’ deaths.)

Pacquiao immediately apologized and owned up to his mistake.

(I apologize for our wrong actions. I always stand corrected whenever I do something wrong or when I have shortcomings, unpleasant actions.)

Pacquiao’s privilege speech, including the interpellation of 6 senators, lasted for more than 2 hours. – Rappler.com