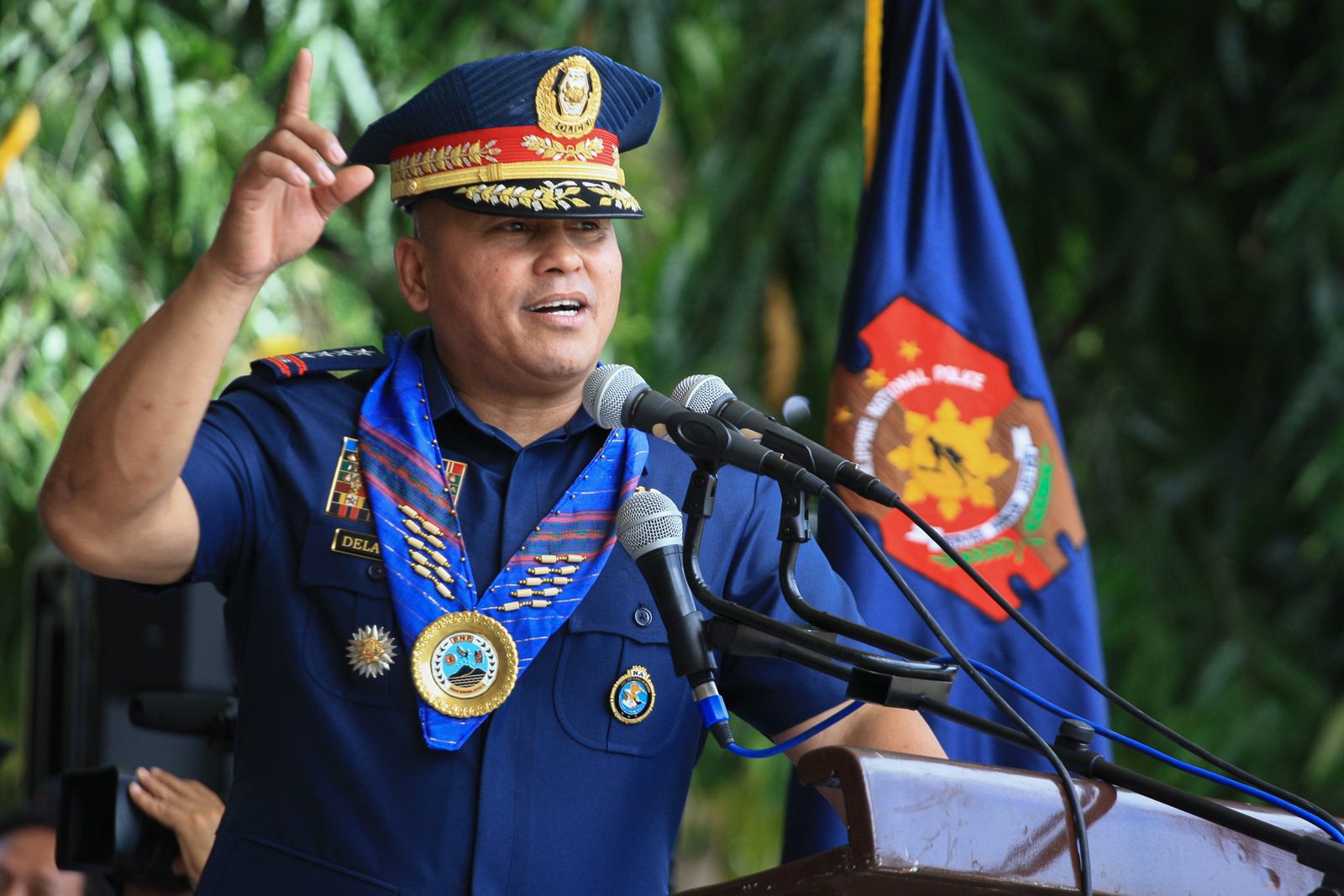 Facebook Twitter Copy URL
Copied
The PNP chief says even before he assumed his current post, gambling lords offered millions in hopes of gaining his favor

MANILA, Philippines – The chief of the Philippine National Police (PNP) said on Thursday, August 11, that once they’re done in their campaign against illegal drugs, their efforts will “shift” to another enemy: illegal gambling.

“You just wait. After 6 months, if we win our campaign against illegal drugs, we will shift our efforts. We’ll hit illegal gambling,” said PNP chief Director General Ronald dela Rosa in a speech in General Santos City.

Dela Rosa has been leading the PNP in its 6-week-old campaign to put a stop to illegal drugs, crime, and corruption – a key campaign promise of President Rodrigo Duterte. Over 500 drug suspects have been killed in more than 4,700 police operations around the country.

The same operations have led to the arrest of over 7,000 suspects and the surrender of more than half a million drug users and pushers. Duterte recently read out loud a list of politicians, police, and judges with alleged ties to illegal drugs.

A bulk of those in the list have since presented themselves before the PNP headquarters in Camp Crame in hopes of clearing their name.

Speaking before police personnel in General Santos City, Dela Rosa shared that even before he officially assumed the role of the country’s top cop, gambling lords from Luzon and Manila sent emissaries to “offer millions.”

Dela Rosa, former Davao City police chief, quipped that he even asked Duterte about the offers made to him. “Itinanong ko si Presidente, ano sir? Tanggapin ko ito? Sayang, pera rin ito (I asked the President: so what do I do, Sir? Do I accept it? It’s added income),” he said, laughing.

This is proof, the 4-star police general said, that he will be relentless once the PNP begins its campaign on illegal gambling.

(I have never accepted bribes. Never. So now the gambling lords are worrying over how to pay me off. I told them: I’m a policeman from the provinces. I don’t need a lot of money.) – Rappler.com