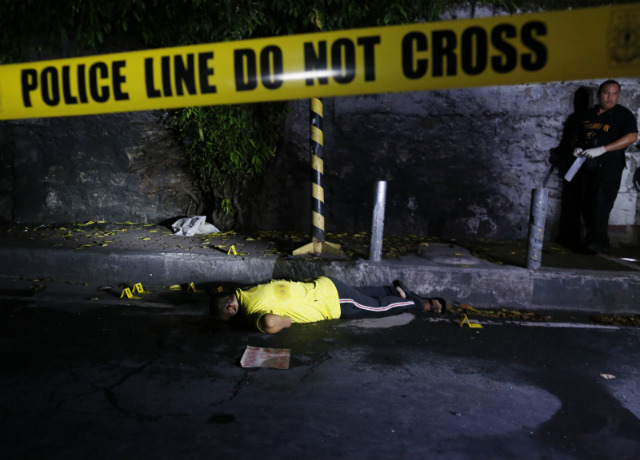 It was Duterte’s own chief legal counsel, Salvador Panelo, who challenged UN experts to probe the killings.

In a statement, Presidential Spokesman Ernesto Abella said: “The drug situation is being responsibly addressed by Philippine authorities, and so-called investigations by third parties are objectionable interference in the household affairs of a nation whose citizens welcome the change that the President (started), and his people-friendly policies and programs being set in place.”

Abella added, “The liberal Western values being imposed upon an Asian nation that places premium on common good is both insensitive and displays a lack of appreciation for the diversity of global culture.”

Panelo is the former lawyer of Andal Ampatuan Jr, the primary suspect in the Maguindanao massacre, which killed 58 people, including 32 journalists, on November 23, 2009.

Callamard also told Agence France-Presse in an e-mail: “I welcome the invitation from the government assuming this will enable unlimited engagement with the authorities and other key actors and stakeholders concerned with the recent wave of alleged extrajudicial executions.”

Abella however said on Saturday: “The Philippines has not extended any invitation to any body, nor the UN, to look into its national affairs. We are capable of our own internal dialogue.”

Duterte said it was an “unofficial exchange” that transpired between Panelo and “UN mouthpieces.”

From this unofficial exchange, he said UN mouthpieces “assumed they were offered an invitation to come and investigate the spike in drug-related deaths being labeled as extrajudicial, or a license to kill freely.”

He said Duterte “has made it clear that arresting officers are allowed to defend themselves, their lives, or their team.”

Duterte, then, “finds the pronouncements from certain bodies as unwelcome meddling in national matters.”

UN experts earlier criticized the Philippines’ war on drugs, as well as the extrajudicial killings linked to Duterte’s crusade.

Duterte himself slammed the United Nations, however, for criticizing his government’s war on drugs.

The Philippine National Police (PNP) said that as of Thursday, August 18, more than 650 drug suspects have been killed in police operations pushed by Duterte to solve the drug crisis. The PNP is also investigating almost 900 other killings linked to the illegal drug trade. – with reports from Agence France-Presse/Rappler.com