Aug 20, 2016 9:00 PM PHT
Rappler.com
Facebook Twitter Copy URL
Copied
The police arrest Adelfa Toledo, an alleged senior NPA member in Cebu City, but the suspect and her supporters claim she is Amelia 'Amy' Pond, a missionary and educator to Lumads 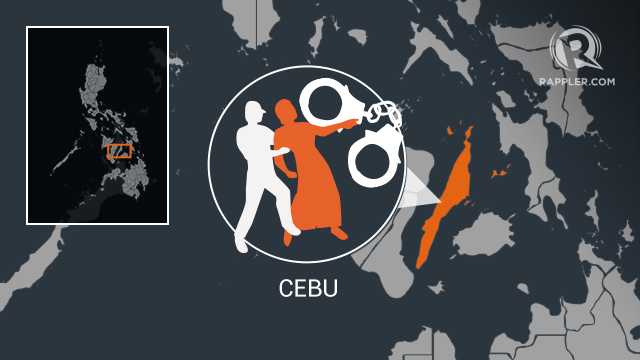 CEBU CITY, Philippines – A suspected member of the New People’s Army (NPA) in Southern Mindanao, was arrested on Cebu City on Friday, August 19.

According to the Criminal Investigation and Detection Group (CIDG) Region 7 report, Amelia “Amy” Pond is an alias of Adelfa Toledo, the wanted NPA member. She was arrested in Barangay Luz, Cebu City, on charges of double murder and frustrated murder.

The warrant stems from the murders of Barangay Ngan councilors Florencia Guay and Florencio Kapangpangan in Compostela, Compostela Valley.

“Witnesses pointed out that she was the person who was in the warrant of arrest. The picture that we have is really her after we compared it (to the identification cards recovered from her),” CIDG 7 Chief Senior Superintendent Marlon Tayaba told Sun.Star Cebu in an interview.

According to the CIDG report, she is a member of the NPA executive committee in southern Mindanao, and has been an active member of the communist movement since 1978.

But the suspect denied she was Toledo.

Reverend Father Nazario “Ace” Vocales, vicar of the Cebu Archdiocesan Commission on Social Advocacies, said in a statement that the group “condemns in the strongest possible terms” Pond’s arrest which happened just outside its Living the Gospel Renewal Center.

He demanded the release of Pond who, he said, was being held on “trumped up charges.”

According to Vocales, Pond “is a layworker of the RMP (Rural Missionaries of the Philippines), the regional coordinator of Southern Mindanao.”

“She is a living example of a Christian committed to serve the least and the neglected of our society, the Lumad. Her years of unselfish service paved the way for the socio-economic and educational development of the Lumad,” he said.

Vocales said Pond “consistently stood with the Lumad in their struggle to preserve their ancestral domains against local and foreign plunderers who only seek to extract enormous profits out from the mineral-rich areas of the Lumad.”

“Without hesitations, she confronted state elements who are complicit with big time mining and logging businesses in the Lumad areas, as Christ also confronted the powers that be during His time. Consequently, she earned the ire of the greedy and the unjust, thus fabricating lies about her identity, wilfully vilifying her name, and unjustly trumping up charges against her,” he added.

Tayaba told Sun.Star that the suspect was “highly mobile and arrived here in Cebu from Davao last week. It just so happened we had a window of opportunity to arrest her.”

The arrest came on the same day the Communist Party of the Philippines (CPP) -NPA declared a 7-day unilateral ceasefire ahead of the peace talks between the Philippine government and the National Democratic Front of the Philippines (NDFP), the CPP’s political arm. The talks are scheduled to begin on Monday, August 22, in Oslo, Norway.