Senate ethics panel: ‘Difficult’ for us to decide on complaint 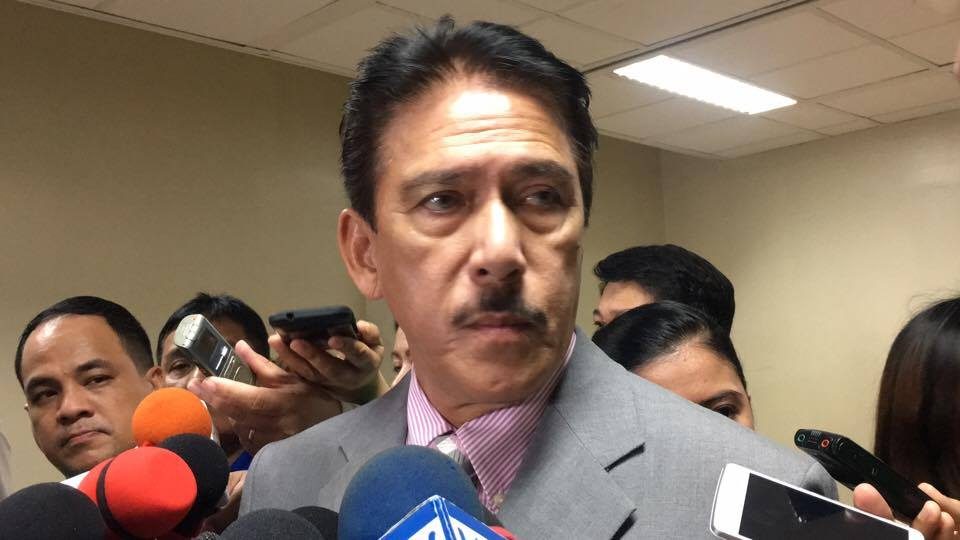 Facebook Twitter Copy URL
Copied
Senator Vicente Sotto III says the Senate ethics committee, which he chairs, would have to determine if it has jurisdiction over the complaint and whether or not it has form and substance

MANILA, Philippines – The Senate committee on ethics and privileges on Tuesday, August 30, formally convened to inform its members about the complaint filed against Senator Leila De Lima.

Senate Majority Leader Vicente Sotto III, committee chairman, admitted that it would be a “difficult decision” for the panel.

Before deciding on the merits of the case, Sotto said the committee would have to determine if it has jurisdiction over the complaint and whether or not it has form and substance.

“’Di madali sa amin na decision talaga (This is really a difficult decision for us). Besides, the decision earlier by the committee, if ever we decide on anything that will be related to the complaint, we will make sure all 7 members are present,” Sotto told reporters after the committee’s organizational meeting.

“We will decide if it’s within form and substance and what the committee would decide to do with it after the next meeting,” Sotto said.

He, however, said there is no definite timetable yet, as each senator-member has to study the case first.

(It’s hard to say the timetable; there is no timetable. Let’s see first what they think of it. It’s the senators’ homework. They will take home the complaint and study it. I will give them a copy of the rules, they will also study it and then we meet again and decide.)

Under the rules, Sotto said the Senate has jurisdiction on acts committed during the incumbency of a senator and on continuing acts that may have started before the term.

The committee is also set to hire a general counsel, as allowed by the rules of the Senate, to “facilitate” the committee processes and decisions.

“But the need for a general counsel is to facilitate the work for the senators or memebers of the committee, so we can easily decide on the jurisdiction and what to do with it and whether to pursue or dismiss whatever we decide on. We will decide later on if we conduct executive sessions or public hearings,” Sotto said.

Lawyer Abelardo De Jesus filed the complaint against the neophyte senator over her alleged links to drugs.

De Jesus earlier said in a radio interview that the ethics committee is the best venue for De Lima to defend herself from allegations made by no less than President Rodrigo Duterte.

While she has not yet seen the complaint, De Lima said it is only part of the administration’s harassment of her. She maintained she would not back down despite the attacks.

(They are doing many forms of harassment now. The others, I am not yet telling you because I just want this to stop. Let’s see until when they will do this to me.)

Sotto, for his part, said the committee would keep details “confidential” to avoid “premature publicity.”